The two qualified for the marathon event at the 2020 Tokyo Summer Olympics after setting personal-best times at the Toronto Waterfront Marathon on Sunday.

Hofbauer finished as the top Canadian and seventh overall with a time of 2:09:51, well under the 2:11:30 standard for men's pre-selection. The 27-year-old won his second Canadian championship in three years.

"It's everything I worked for over the last five years," Hofbauer said. "I'm kind of speechless."

"I'm just happy I didn't screw it up," Hofbauer said. "I was giving high-fives down the finish line, so for anybody who has been bashing me for that, I left it out there today so you can't take that away from me." 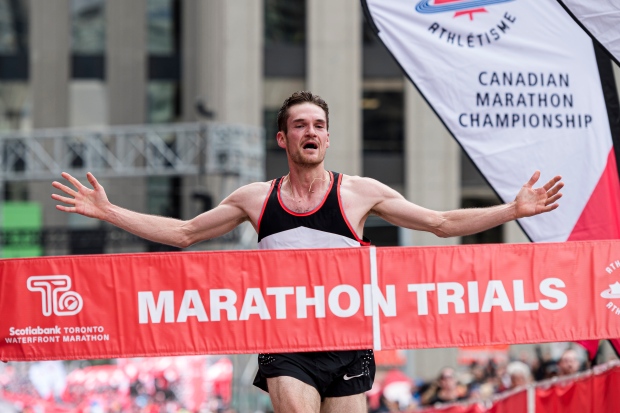 When Hofbauer collected his thoughts after crossing the finish line, he first looked around for his father. Alex Hofbauer wasn't hard to find as he was yelling from the top of his lungs that his son was the Canadian champion.

"I'm sure you guys picked that up," the junior Hofbauer said with a smile.

Pidhoresky finished as the top Canadian woman and 10th female overall with a time of 2:29:03. That was 27 seconds under the mark needed to qualify for Tokyo.

"I feel like I've had this performance in me for years and I'm just in awe that it all came together when it counted the most," she said.

"I was starting to feel rough at 35 kilometres," she said. "But I just told myself I have to make it to the line as the first Canadian."

Originally from Windsor, Ont., Pidhoresky moved to Vancouver six years ago to train with her coach and husband, Josh Seifarth.

With an Olympic berth claimed, Pidhoresky won't run in another marathon before Tokyo. Instead, she's spend the rest of her time preparing for the Summer Games. 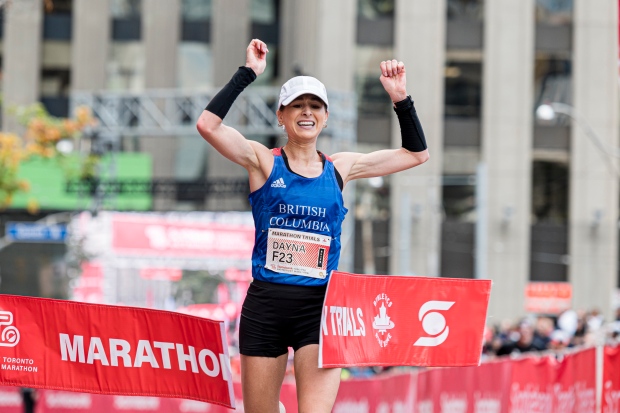 Kenya's Philemon Rono won his third Toronto Waterfront Marathon in a course-record time of 2:05:00. He trailed Lemi Berhanu of Ethiopia for much of the back-half of the 41.195-kilometre race before overtaking him in the final 700 metres.

"In the eighth kilometre when he (Lemi) ran away, I told myself to let me maintain (my pace), I'll come," Rono said.

Cam Levins, the top Canadian in last year's race (national record time of 2:09:25) ran alongside Hofbauer until the 30-kilometre mark before fading and finishing third among Canadian men in 2:15:01.

Malindi Elmore withdrew from the race Friday due to a hamstring injury. The 39-year-old from Kelowna, B.C., was considered a favourite in the women's field of Canadians looking to qualify.

This report by The Canadian Press was first published Oct. 20, 2019.