TORONTO -- When her performance season abruptly came to an end as a result of the COVID-19 pandemic, Toronto violinist Gemma Donn started looking for a new way to share her music with others, so she and her friends created a Facebook group called ‘Songs in Self-Isolation.’

“We all really missed performing, and we thought that we could create videos,” Donn tells CTV News Toronto.

“So I reached out to a few places that I used to volunteer at and I asked them if they would be okay with the idea of videos for patients who might be spending their birthdays by themselves in hospital, or for kids who might be a bit lonely on their birthday.”

From there, the project took off. With Donn on violin and friends on piano and vocals, they began to create harmonious musical messages—usually to the classic ‘Happy Birthday’ tune – over the video-conferencing app Zoom.

“Alot of these patients might be by themselves for their birthday,” Donn explains. “So I think it’s just a nice way to show the patient that someone’s thinking about them and we still want to be there for them.” 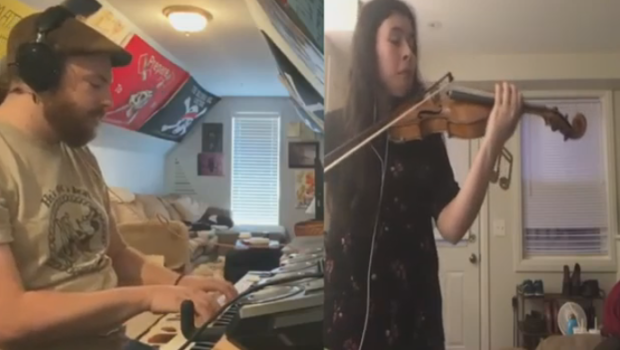 One of the recipients of a birthday message was Michelle, a patient at Sunnybrook Hospital that Donn had met in person before the COVID-19 pandemic.

“I was floored! It was absolutely beautiful,” she tells CTV News Toronto. “I know the people who did it very well so I was just very surprised and pleased and happy. I didn’t expect it, so it floored me.”

When Donn saw Michelle’s reaction to her birthday video, which was also captured on video by the staff at Sunnybrook, she called it ‘inspiring.’

“It’s shown me that I need to stay committed to this project, and it showed me what this project is really all about,” she said. “It’s just making people feel better during a difficult time, so it was definitely a good feeling to see that.”

Other birthday messages have been sent to children at the Saturday Speech Club – another place where Donn volunteers, helping children and teens with developmental delays communicate through music.

“Some of the kids’ birthdays have come up in the past few months, and especially now that we’re kind of isolated, getting that personalized message brings a smile to everyone’s day,” says speech-language pathologist Tina Gasee.

“For Happy Birthdays, it’s normally a social gathering and everybody gathers together, and it’s really hard not to be able to do that right now,” says Donn. “So I think my project is helping people kind of fill that gap a little.”

And with us all expecting to be physically distant from each other for some time, Donn says she will keep the music playing.

“Music is just one of those things that has always been universal. Like everybody has always found a way to connect with music,” she says. “I think it’s really important to keep sharing music to remind everyone what we can return to after COVID’s over.” 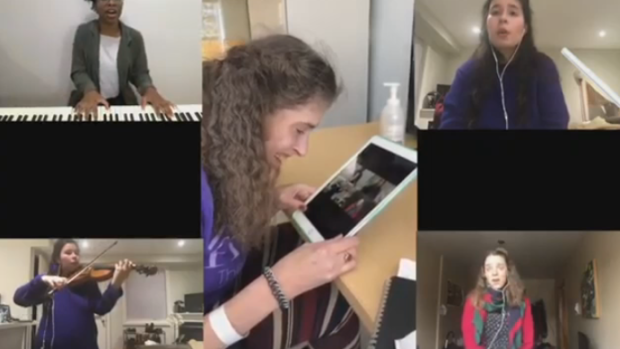