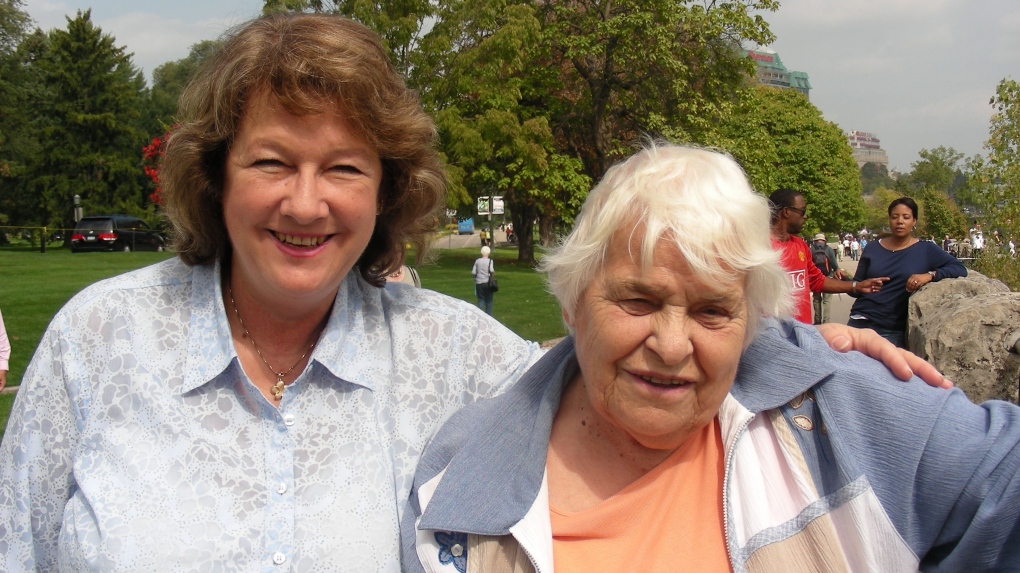 Memories of his beloved aunt, Betty Forsyth, flood his mind every year around this time as the anniversary of her death approaches.

He misses her cackling laughter - a piercing sound she'd use to buttress her biting humour - mourns her loss as the family's historian, and often thinks about the conversations they'd share.

That was all lost when she was among the ten people killed as a man deliberately drove a van down a busy sidewalk in Toronto on April 23, 2018.

The 94-year-old Forsyth had been out for one of her regular strolls with her walker on that unusually warm, sunny day. She was out to feed the birds and squirrels along Yonge Street when she was hit.

“We lost those three years,” Robert Forsyth says in a quiet voice.

For the first time, however, the anniversary of the tragedy will pass without the uncertainty of a trial hanging over Forsyth's head.

In March, a judge found Alek Minassian guilty of 10 counts of first-degree murder and 16 counts of attempted murder. He will be sentenced later this year.

Forsyth recalls feeling a huge sense of relief upon hearing the verdict.

He had stopped working last year after 30 years at Dell Technologies because he found it too hard to focus on his job due to the looming trial.

On Friday, he and his wife will take a quiet moment at home to reflect on the three years since his aunt's death.

“We think about Betty every day,” he says, “every day we miss talking to her.”

Betty Forsyth's photograph sits on a cedar chest in his living room, next to a clay sculpture of a poodle she gave him years ago.

Her life was filled with interesting tales, her nephew recalls.

She was born on July 30, 1923 in Peacehaven, East Sussex in the United Kingdom.

Tragedy befell the family early on. Her father, Charles Speedie Forsyth, was a member of the British army and vanished at sea in 1928, near Gibraltar. Later on, he became rich material for her jokes.

“Was he our real father?” she'd say loudly with a broad smile, Robert Forsyth recalls. “Did mom drive him crazy? Did he jump ship? Did he not want to have deal with twins?”

Her younger siblings were born a few weeks after their father's disappearance.

In 1968, Betty Forsyth came to Canada with her mother and nine poodles - her family bred dogs in England. She wanted to be closer to her brother, Bob, who lived in Toronto.

She didn't breed dogs for very long before she started what would become a decades-long dog-grooming business in north Toronto, her nephew says.

She loved going to the casino, sipping a cup of tea and watching Coronation Street.

She hated politics, but loved ripping politicians. She also wasn't afraid to tell anyone how she felt about anything, especially her family.

“Why would you learn Latin?” she'd say with a cackle. “That's a dead language.”

She was also stubborn.

“You couldn't change her mind on anything,” Forsyth says.

She embraced Canada, travelled across it by train and even tried cross-country skiing, her family says.

She never married and she made sure her family knew how she was to be buried when she died.

“For over 20 years, Betty would repeat her standing instruction on almost every outing, how we were to put her ashes in a coffee tin and take her home to England to be buried,” said her friend Barbara Puckering.

On June 21, 2018, Robert Forsyth, Puckering and another friend flew to England, tin in hand, to unite with Betty's cousins. They buried her ashes in Newhaven Cemetery where her mother and brother are buried.

Puckering then wrote to the Queen, explaining that her friend had been killed during the Toronto van attack.

“Betty enjoyed everything British and was a life long fan of Coronation Street and a good cup of tea,” Puckering wrote. “Your much loved humble and obedient servant, Betty Forsyth, is coming home.”

“Her Majesty was very sorry to hear that this 94-year-old lady was one of the victims of the terrible van attack in Toronto, and sends her sincere sympathy to you and to Miss Forsyth's family and friends,” Hussey wrote.

“(The Queen) was touched to know that Miss Forsyth's fondness for England and her loyal support for the Queen continued after moving to Canada,” she wrote.

“I hope your recent journey to this country provided some comfort for you, as you fulfilled Miss Forsyth's wish to be brought home.”