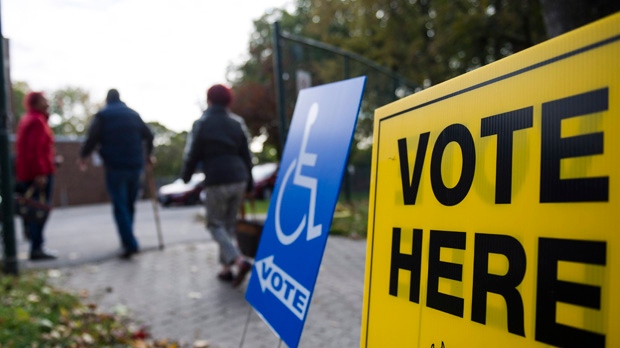 TORONTO -- City councillors have opted to hold a byelection to fill the vacancy left by former Ward 22 councillor Jim Karygiannis, who was booted from council for the third time last month after a lengthy legal battle over his 2018 campaign expenses.

Councillors were given the option to appoint someone to fill the seat for the two years that are remaining in this term of council or hold a byelection.

At Tuesday’s council meeting, councillors voted unanimously in favour of sending voters to the polls to select a new councillor for Scarborough-Agincourt.

Last month, the Supreme Court of Canada said that it would not hear an appeal of a lower court ruling that found Karygiannis exceeded his campaign spending limits by nearly $26,000.

Under the Municipal Elections Act, any person found to have exceeded campaign spending limits must vacate their seat.

Karygiannis' seat was officially vacant on Sept. 24 after the councillor exhausted all avenues to keep his job.

Councillors only have 60 days to decide how to fill the vacancy after a seat is deemed to be vacant.

“I think in the circumstances, given where we are in the term of office... that the byelection is the proper way to handle the filling of the (vacancy),” Mayor John Tory said at Tuesday’s meeting.

According to a recent report by the interim city clerk, the total cost to hold the byelection is an estimated $700,000.

The date for the byelection has not yet been set but the earliest it could be held is Jan. 11, 2021.

As a result of the COVID-19 pandemic, the city clerk has determined that a mail-in voting program will be necessary for the upcoming byelection.

“A mail-in voting program will provide an additional voting option while also reducing the number of electors in voting places and address the needs of electors with disabilities that make it difficult to attend a voting place,” the clerk’s report read.

“Mail-in voting is new to the City of Toronto and the cost of the mail-in ballot program will be dependent upon many factors, including the number of electors that choose to vote by mail.”

Based on the experiences of other jurisdictions, it is estimated that a mail-in program in Scarborough-Agincourt would cost about $190,000.

“However, $125,000 of this cost is to purchase, test and install a mail-in voting application that can also be used in the 2022 general election,” the clerk’s report noted.

“A mail-in ballot program will likely be an important option in the 2022 general election if COVID-19 continues to be present in the community and a vaccine has not been fully deployed.”