TORONTO -- A Toronto woman says she has lived in her apartment for 15 years and each year expects the rent to go up based on government guidelines, but this year, she says she was shocked to get an increase of more than five per cent.

The Ontario guideline for rent increases in 2020 is 2.2 per cent, however the tenants at the building near Bayview and Eglinton avenues say that the landlord has sent out a notice of an additional rent increase for capital repairs of three per cent for a total increase of 5.2 per cent.

“It's a big ordeal for me. It’s an increase in rent of about $500 a year,” Carol-Anne McCarthy told CTV News Toronto. “I don’t want to move and look for another apartment and I would prefer not to." 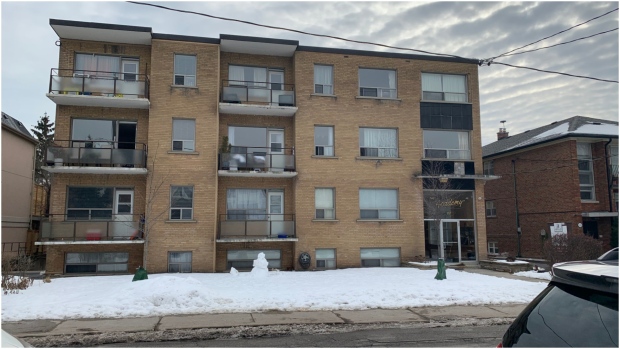 Pat Canavan said he has lived in the same building for 13 years and he feels that the rent increase should be held to the provincial government’s guideline of 2.2 per cent.

“It's going to be tough. I have two kids and their needs are getting expensive too,” Canavan said.

The increase for capital repairs has not yet been approved by the Landlord & Tenant Board, according to the tenants.

Both McCarthy and Canavan said the landlord spent money on the parking garage, which was prone to flooding and leaking, but they say some of those problems remain. They both said they agree that the repairs should not be passed onto tenants.

The Federation of Metro Tenants' Association says that more landlords are trying to raise rents, saying they need money for capital repairs, but the Association’s Executive Director Geordie Dent says that rent should cover those costs.

Dent also said that while landlords are not allowed to seek raises for capital expenditures that are general maintenance, such as painting walls or lighting, they may for larger projects such as replacing elevators, balconies or doing major renovations to parking garages. 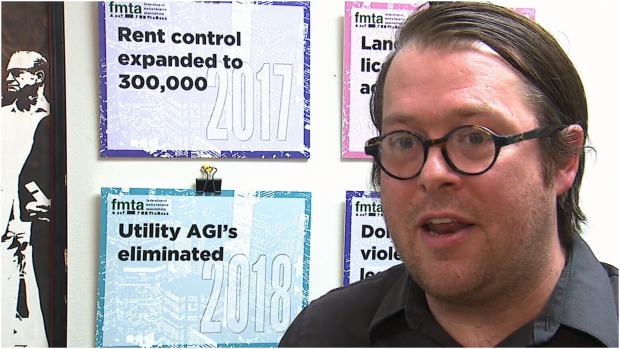 “Landlords are making profits of the like we haven't seen right now. So why are they getting the rent, plus this extra rent? Landlords are supposed to use rent to pay for these kinds of costs," Dent said.

CTV News Toronto reached out to the landlord of the building, Amelin Property Management, and a spokesperson said the management company has made an application for “approval to increase the rent over and above the government guideline following recent capital repairs to the building."

Dent said tenants don't have to pay for increases until they are approved.

“They don't have to pay it up front. They can wait and see if the court approves it and they can also fight these types of increases,” Dent said.

Dent also said that his group successfully helped get capital repair raises waived to zero on some buildings in Toronto, which is already helping tenants save millions of dollars in rent.

If a person’s rent goes up, it’s important to deal with the issue right away, Dent said, adding that if they pay an "illegal" increase for more than a year, it then becomes "legal.”

If tenants have questions about their rent they can contact the association’s tenant hotline at 416-921-9494 or the Landlord & Tenant Board, he said.