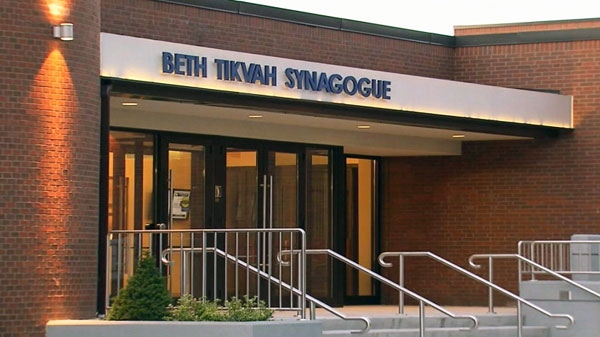 The words 'Islam will rule' and a swastika spray-painted on the exterior of the Beth Tikvah Synagogue, Thursday, Aug. 4, 2011.

A synagogue in the city's northeast end was the target of anti-Semitic graffiti.

Staff members of Beth Tikvah Synagogue on Thursday found the words "Islam will rule" and a swastika spray-painted on the exterior of their building.

According to a press release published by the Canadian Council for Israel and Jewish Advocacy, police have been contacted and measures were taken to increase the security at the synagogue.

Shimon Fogel, CEO of the Canadian Jewish organization said in a statement that the primary concern is the safety of the staff and its congregants.

"We will remain vigilant in the wake of this disturbing and offensive event."