TORONTO -- On the outside, Etobicoke's Silverthorn Collegiate Institute looks like a typical, brown-bricked high school. But on the inside, surrounded by classrooms, is a unique oasis—an outdoor courtyard that, over several decades, has fallen into disrepair.

"It was well-landscaped," teacher Luciano Saroli told CTV News as he gestured around the space. "The fountain was actually working. They used it for graduation photos. The students would come in and take pictures here."

In recent years, the courtyard had become overgrown with plants and weeds, and as for that fountain—staff say it's been some 35 years since it was last operational.

"The fountain was all dirt," said Myles Reid, a Grade 10 student in Saroli's class. "It didn't look like a fountain, it looked like a pile of dirt … and then we dug it up, and then there was a fountain!" 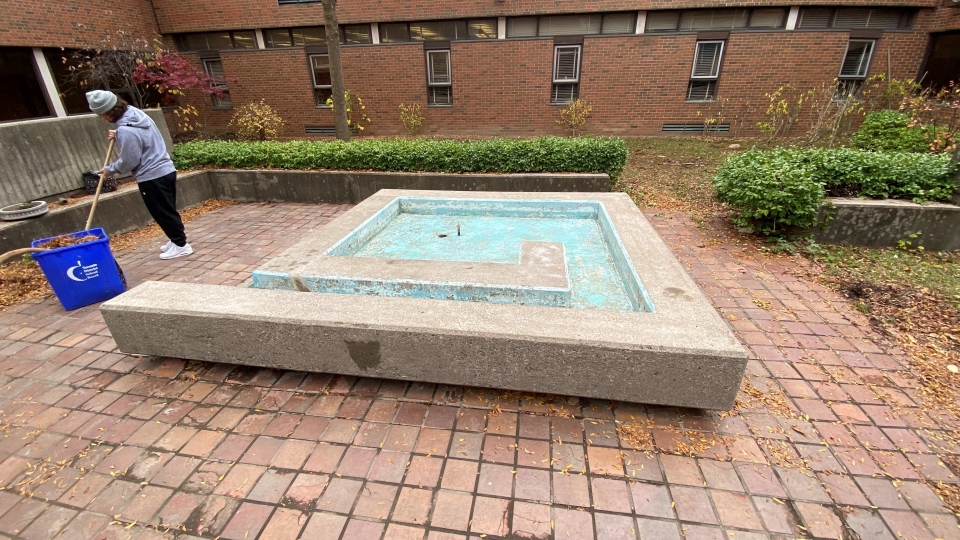 Digging out the fountain was just the first part of what's become a class project for the Grade 10 and Gtade 11 technology class that Saroli teaches. In years past, he's taught inside the classroom at the school.

"Normally they'd be doing things indoors, we'd be building, framing houses, framing kitchen sets, we'd be doing plumbing work inside." But this year, with COVID-19, outdoor education is encouraged. So, Saroli decided his class would clean-up and fix up the courtyard.

He admits, he initially didn't realize how large the project would be.

"It's a lot more work. So what I thought was going to be a simple fountain is now an elaborate system that has a storm drain attached to it."

Unlike a traditional construction project, unexpected issues become teachable moments for his students.

"For a learning experience, any new challenges that come along allow for better opportunities for the students to learn and experience new things."

Those new learning opportunities involve everything from plumbing, painting, construction, concrete work, and even landscaping. Saroli says they are all usable skills for the students, both in and out of the class.

"Even if they don't go into it as a career, that there's an opportunity for them to learn life skills that they wouldn't normally have the opportunity to have."

For Reid, the only female in the class, the project has opened her eyes in terms of what she could pursue after school.

"There's other things I can get into for a career, like there's plumbing or doing electricity."

She says that the class has given her increased confidence in herself, admitting she prefers it to a more academic class because

"When it comes to more hands-on kinds of courses or projects, I feel a lot better about what I'm doing and how I'm doing, and how it's going to turn out." 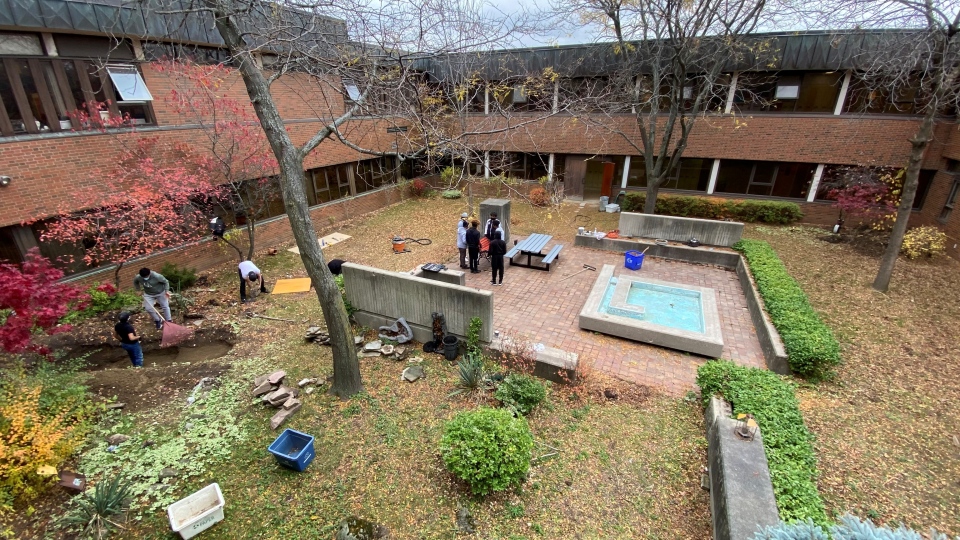 The end result is something Saroli is looking forward to, both finishing the project and having something for his students to be proud of.

"They take a sense of ownership when they're doing this, and at any point they'll be able to come by and see the work that they've done and feel good about and feel proud about what it is that they've accomplished."