The iconic Toronto sign at Nathan Phillips Square has received a makeover.

The city unveiled a new wrap design on the popular Toronto sign Wednesday morning in recognition of UNESCO’s International Decade of Indigenous Languages (2022 to 2032), which focuses on the rights of Indigenous language speakers worldwide.

“I think it's relevant to note in the context of UNESCO’s decade that there are 70 Indigenous languages spoken in Canada alone, but that many of those and others around the country are threatened today,” Mayor John Tory said at the wrap reveal on Wednesday. “Sometimes they're threatened just by the fewer number of people who are using them, but they're also threatened just by us not paying attention to trying to do everything we can to preserve them.”

Anishinaabe Artist Joseph Sagaj, of the Sturgeon Clan, designed the new wrap, which covers the exterior of each letter and symbol in the Toronto sign.

After much consideration, Sagaj decided to title his piece Rekindle which translates to the “dawning of light” in Anishinaabe language.

“Rekindling is also symbolic in the way we pass our traditions on to the next generation. So that’s kind of basically what it reflects and what these designs speak of,” Sagaj told CP24. 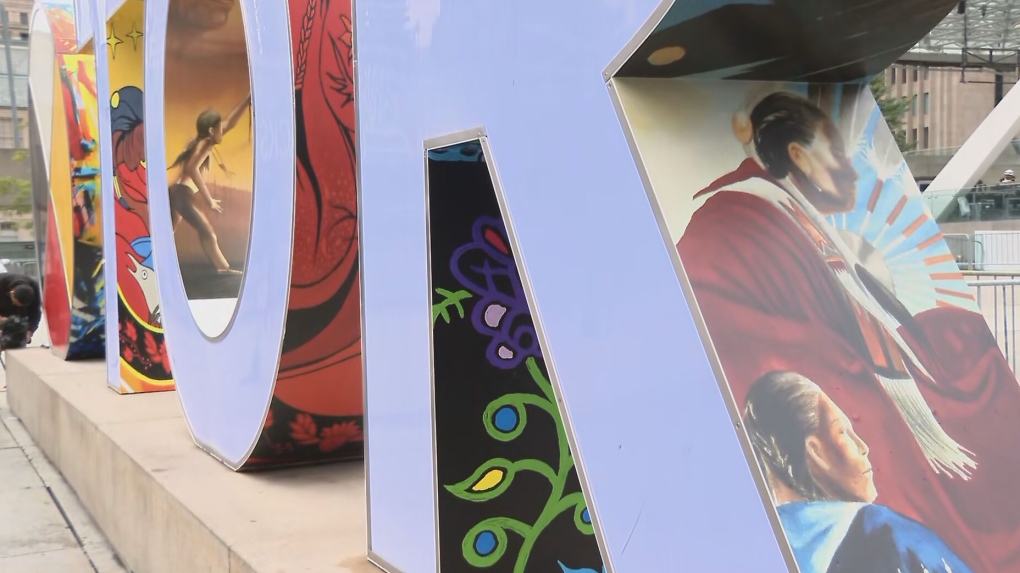 Each letter of the Toronto sign is covered with renderings depicting art, poetry, song, dance and more, which Sagaj says symbolizes different forms of language.

“From its presentations of syllabics, beaded designs, medicine berries, sacred scrolls, song, dance, and teachings; the seven-pointed star system of clans and governance to the 28-day, 13-moon calendar cycle; of the earth, air, water, to the sky world; of life, the androgynous viewing the vast universe, the poem, to the children, youth, young men, and women and the wisdom of our Elders and Knowledge Holders, are the significance of our traditions, heritage, and world view,” Sagaj said in a written statement.

The original Toronto sign was built in 2015 for the Pan American Games and was replaced with a new and more durable permanent fixture in fall 2020, due to its overwhelming popularity as a hit tourist attraction.

This is the first time a new wrap has been placed on the sign since 2020. 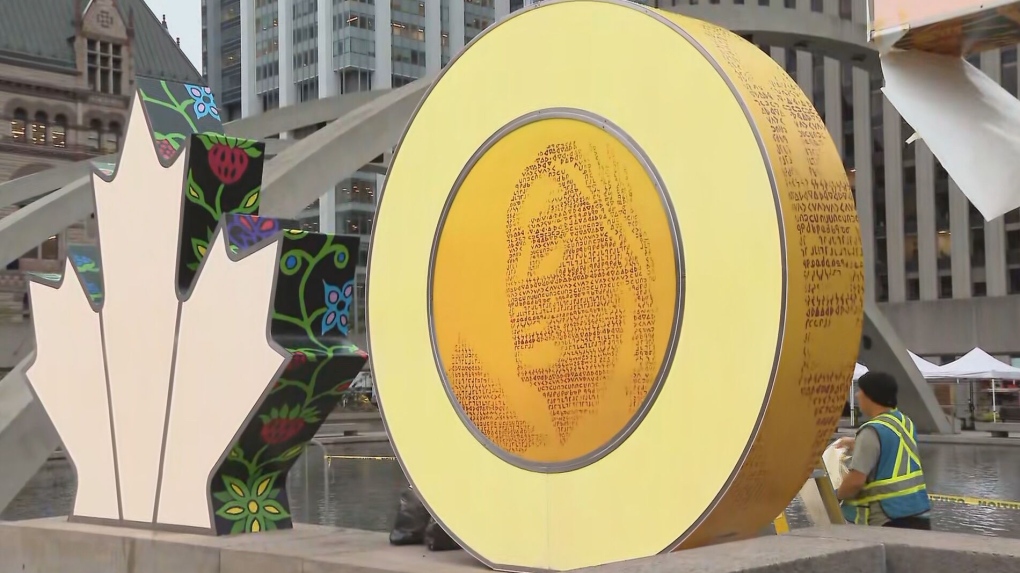 Rekindle will remain on the Toronto Sign until the fall of 2023.

The City has proclaimed the International Decade of Indigenous Languages and will join Canada in marking the National Day for Truth and Reconciliation this Friday.