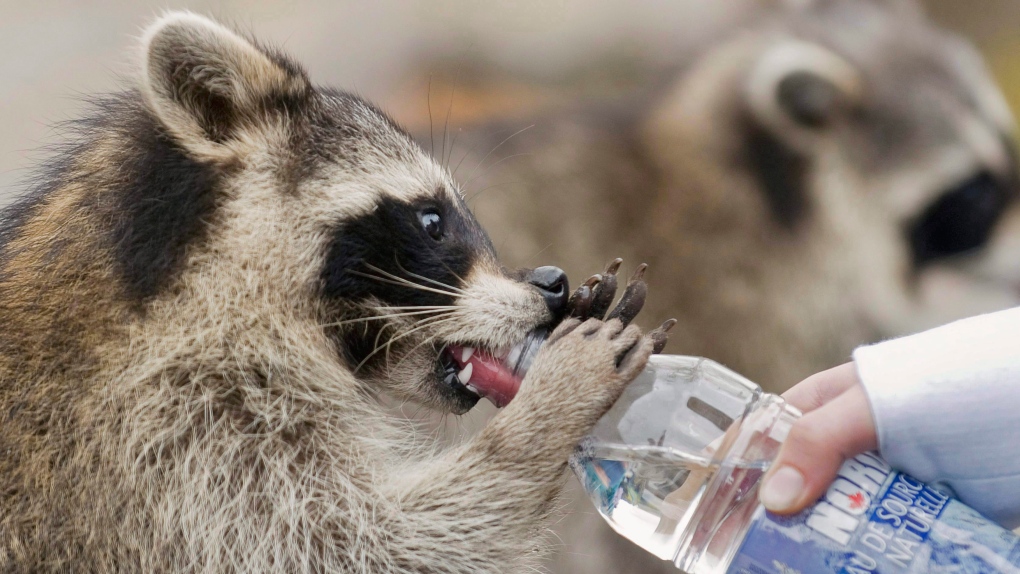 A raccoon drinks from a bottle held by a woman in Mount Royal park in Montreal, in this Sept. 26, 2010 photo. (THE CANADIAN PRESS/Graham Hughes)

Toronto is seeing an increase in the number of raccoons infected with a virus that could be fatal to dogs.

City officials warn that Canine Distemper Virus (CDV) is present in the raccoon population and cases of the viral disease tend to spike in the fall.

Raccoons with CDV may approach individuals or curl up and sleep in open areas.

Generally, animals with the disease appear disoriented or lethargic. They may also have seizures, and can become aggressive if cornered.

Raccoons, dogs and skunks are all susceptible to CDV, which affects animals' respiratory, gastrointestinal and nervous systems. CDV does not affect humans.

Officials said the disease is typically fatal and animals that do recover often suffer from permanent neurological damage.

Dogs that are not vaccinated against CDV can contract the disease if they come into contact with an infected raccoon.

City officials are asking residents not to approach or feed raccoons, and to report any cases of raccoons acting abnormally to Toronto Animal Services at 416-338-PAWS (7297).