Toronto school principal found not guilty of assaulting student in 2018 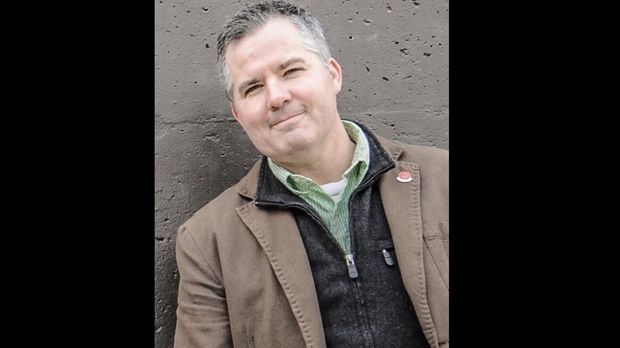 Sean Hume is shown in an image from his Facebook page.

TORONTO -- A school principal who was accused of assaulting a student while attempting to break up a fight has been acquitted.

The incident took place at Chester Elementary School near Broadview and Pape avenues back on Sept. 19, 2018.

At the time, it was alleged that principal Sean Hume had thrown a Grade 4 student to the ground while trying to intervene in a schoolyard fight and then stomped on him.

But in a decision released on Dec. 22, Justice Steve Clark found that Hume “did not intentionally” push the child to the ground, nor did he stomp on him.

Clark said that Hume did grab the student in the “neck/shoulder area” in an attempt to restrain him but he said that it was “corrective and reasonable force under all of the circumstances.”

“I find that the defendant was entitled to use this type of restraint,” he wrote in the 18-page decision. “(the student) was in need of intervention and protection from his own disruptive behaviour.”

In his decision, Clark said that the student and Hume “gave two irreconcilable versions of the events” of Sept. 19, 2018, which can only “partly be attributed to individual perception and memory lapse.”

Hume testified to a much different version of events, however.

But he said that Hume told the court that the student “started yelling profanities, spitting and throwing various objects on the playground property at or in the direction of him,” eventually leading to his decision to restrain him.

“Any level of emotion was not so elevated to the point where the intention or desire of correction was abandoned or no longer central to the focus of his efforts. He was entitled to use the force he did because (the student) posed a safety risk to himself, the defendant and other students.”

During the trial, the defence argued that Hume’s actions were permitted under Section 43 of the Criminal Code of Canada, which allows parents, educators and anyone else standing in for parents to use force "by way of correction” so long as it “does not exceed what is reasonable under the circumstances."

The Crown, meanwhile, said that Hume’s actions “were neither corrective in nature nor were they reasonable” and argued that Section 43 should not apply.

In his decision, Clark said that the evidence made clear that the student was “not going to stop” and that Hume was “out of de-escalation options."

He said that the force he applied was “transitory and trifling,” unfolding over a period of “four or five seconds.”

Clark also found that Hume “was not trying to hurt” the student and just wanted to “bring his actions to a stop.”

As for the student, he said that he did not find his testimony “to be particularly reliable” and cannot accept his evidence that the defendant “shoved him to the ground or kneeled on his stomach with both knees or stepped on his arm.”

“I do accept the evidence of the defendant. I believe him,” he wrote. “I find that he was transparent in describing his efforts. He wanted the school secretary to call the parents and even the police. This shows that he was not interested in taking the law into his own hands and was completely open to scrutiny.”

Hume was placed on administrative leave following his arrest in 2018 but in a statement provided to CP24 on Wednesday his lawyer Robin Wright said that he is “eager to return to work” now “that he has been exonerated.”

“Being an educator is Sean Hume’s calling,” she said.