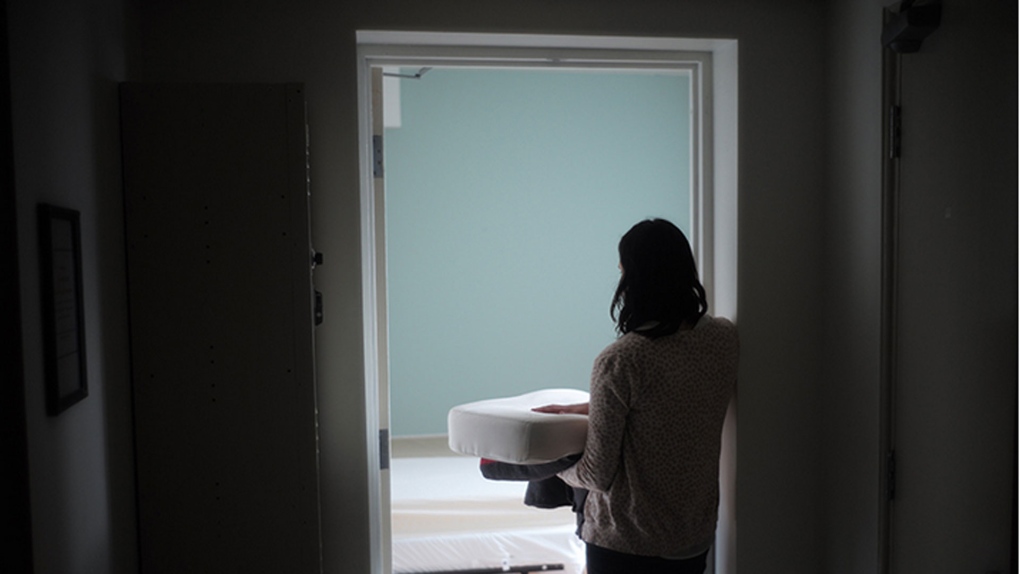 A staff member carries bedding in one of the suites at Toronto's Interval House, an emergency shelter for women in abusive situations, on Monday February 6, 2017. THE CANADIAN PRESS/Chris Young

Previously, Aug. 2021 held that record with 17 recorded fatalities. For comparison, three deaths were recorded within the shelter system in Oct. 2020.

With one month left in the year, 2021 is already the deadliest year within the city’s shelter system as well. Seventy-four deaths were recorded in 2020, while 115 individuals have already lost their lives in city shelters this year.

Despite rising COVID-19 cases and the emergence of the new Omicron variant sparking concern amongst experts and officials, the City of Toronto confirmed to CTV News Toronto that, of the nineteen deaths, none were due to the COVID-19 virus.

Instead, the city says the increase of fatalities is “due to the overdose emergency and opioid poisoning crisis that continues to be an urgent public health issue in Toronto and across Ontario.”

On Dec. 3, the city issued a release stating that, in the days prior, Toronto paramedics experienced the highest number of daily calls for overdoses since monitoring of this data began in 2017.

From Nov. 30 to Dec. 1, the city says that paramedics responded to 108 suspected opioid overdose calls. Of the 108 calls, three overdoses turned out to be fatal.

“This is the highest daily number of calls reported by paramedics since monitoring of this data began in 2017,” the release said.

According to data released by the city, there were 531 confirmed drug overdose deaths in Toronto in 2020, marking an 81 per cent increase compared to 2019.

When reached for comment, the City of Toronto said that it’s working in conjunction with Toronto Public Health to address the increase in opioid-related fatalities.

“Staff are also working with each shelter to ensure harm reduction services are offered to all clients, in line with the recent directive.”

‘LISTEN TO THOSE WITH LIVED EXPERIENCE’

Lorraine Lam has been working as an outreach worker at Sanctuary Toronto for a decade.

She says that, while the opioid crisis has been a long-standing issue in the province and across the country, the COVID-19 pandemic has seen more people using drugs in isolation.

“The number one thing that we tell everybody is [to not] use alone because that's just dangerous,” Lam told CTV News Toronto on Monday.

While Lam did not personally deal with an increase in fatalities at Sanctuary in Oct., she says the organization did observe an increase in overdoses.

“I would say that we're definitely responding to a lot more overdoses and we're aware of more and more bad batches circulating,” she said.

Lam said that it’s important to note that the opioid crisis is one that stretches further than city-run shelters.

“There are lots of people who are drug users who are middle class, who are privileged,” she said. “The overdose crisis does not discriminate.”

When asked what the city can do to tangibly support drug users, Lam’s answer is simple: “Listen to those with lived experience.”

“It's very frustrating that policymakers and people who are instituting rules are not actually listening to the expertise,” she said.

She also highlighted a need to decriminalize drug use in Toronto, as current policy “drives a lot of [drug users] into unsafe spaces.”

On Monday, Toronto's board of health voted unanimously to move forward with the recommendation and subsequent decriminalization of the possession of small amounts of illegal drugs. The potential policy now awaits federal approval.

As far as what the average Torontonian can do, Lam says the crisis is largely past the point of things like donations or fundraisers.

“We're entering a season of provincial and municipal elections,” she said. “I think we need to hold our policymakers accountable for the decisions that they make that actively kill people.”