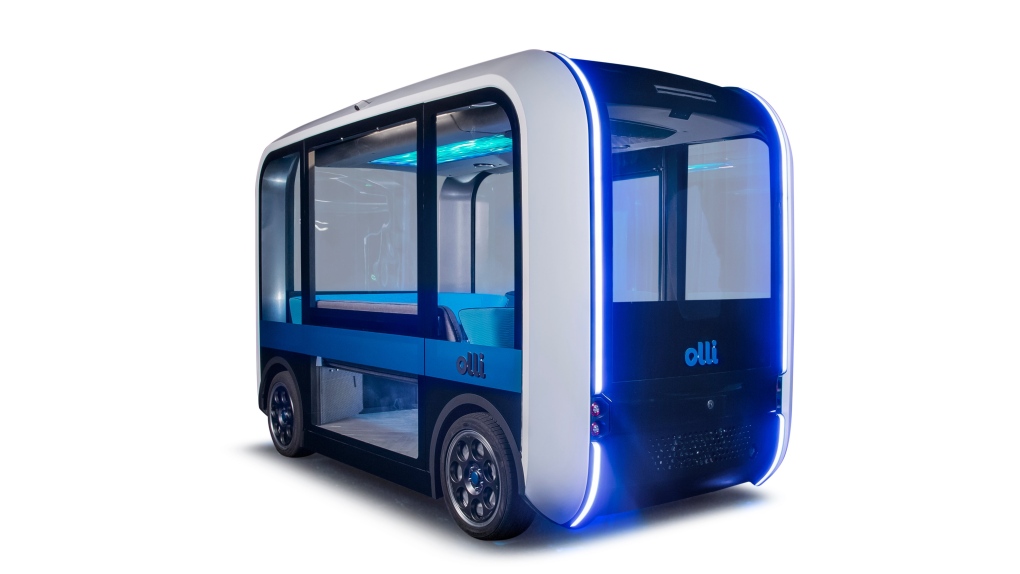 A pilot self-driving shuttle is seen in this photograph shared by Toronto Mayor John Tory. (@JohnTory)

An autonomous shuttle pilot project in Toronto that was supposed to connect one Scarborough neighbourhood to GO Transit has ended even before residents could ride the self-driving vehicle.

The city announced Friday the cancellation of the West Rouge Automated Shuttle program.

“The City, TTC and Metrolinx have jointly agreed to conclude the trial in Toronto due to several reasons that are expected to continue delaying service to the public past the February 28, 2022 planned end date,” the city said in a news release.

One of the reasons is that Local Motors, the company contracted to supply the self-driving shuttles, has recently ceased operations and can no longer provide technical and operational support, the city said. The company’s Olli 2.0 self-driving vehicle was going to be used for the project.

The pilot, the city said, was planned to be launched in spring 2021, but it got delayed because further evaluation of the shuttle’s performance was needed.

“Despite not offering service to the public, the city and its partners tested the automated shuttle service for two months in the fall of 2021 and gathered data about how automated vehicle technologies operate, their different requirements when compared to conventional transit vehicles, the current limitations of the technology and the range of solutions available in the market. The insights gained from the trial will support future decision-making and planning for automated vehicles in transit and the broader transportation system,” the city said.

The vehicle had a seating capacity of eight passengers and was equipped with an accessibility ramp and a securement system for one wheelchair or mobility device.

It has sensors to analyze its surroundings and respond to road and traffic conditions. The shuttle has a maximum speed of 20 km/hr while operating autonomously but can travel up to 40 km/hr on manual mode.

An attendant would always be present on board in case they need to take over driving.

“The City, TTC and Metrolinx remain committed to finding innovative, accessible and sustainable transit solutions, including automated vehicle technology, to fulfill the future transportation needs of Torontonians,” the statement read.

The cancellation of the pilot project also comes after the Ministry of Transportation suspended its approval to operate the trial following an unrelated crash involving another self-driving shuttle in Whitby last month that left one man injured.

Durham police said the shuttle, which was not in service at the time, was in manual mode when it collided with a tree.

Following the crash, the shuttle service was suspended pending a full investigation into the incident.

An 18-year-old gunman opened fire Tuesday at a Texas elementary school, killing at least 19 children as he went from classroom to classroom, officials said, in the deadliest school shooting in nearly a decade and the latest gruesome moment for a country scarred by a string of massacres. The attacker was killed by law enforcement.

Sandy Hook senator begs for gun compromise: 'What are we doing?'

U.K.'s Johnson 'humbled' but wants to move on from 'partygate'

Georgia Gov. Brian Kemp defeated his Donald Trump-backed challenger David Perdue on Tuesday after a furious push by the former president to punish Kemp for not overturning the 2020 election results. Kemp's victory sets up another general election race against Democrat Stacey Abrams, who was unopposed in her primary.

Candidates running for leadership of the federal Conservative party will appear on stage tonight for its French-language debate.