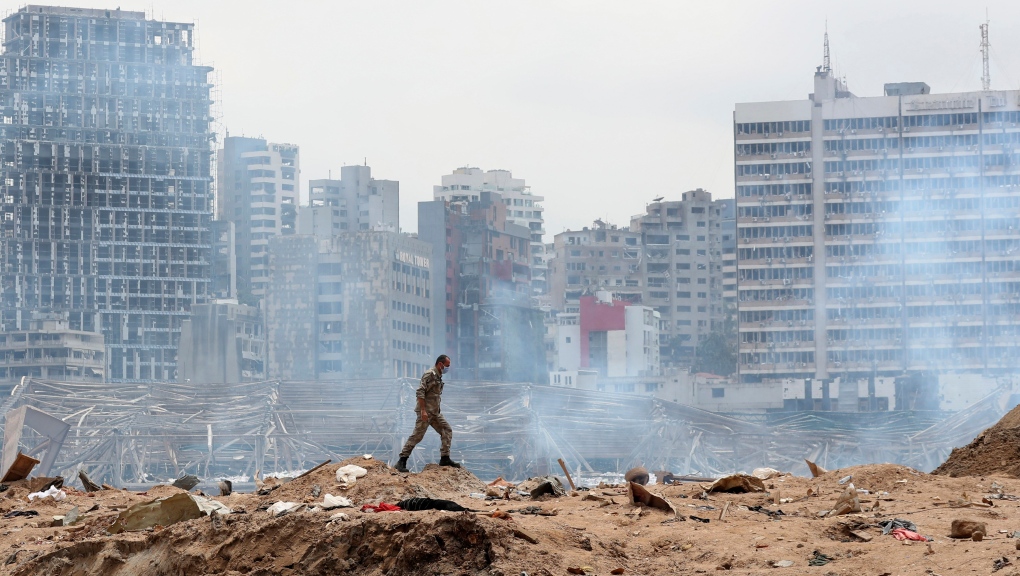 A soldier walks at the devastated site of the explosion in the port of Beirut, Lebanon, Thursday Aug.6, 2020. (AP Photo/Thibault Camus, Pool)

TORONTO -- A group of Canadian-Lebanese business leaders have banded together to raise money for relief efforts in Beirut after a series of explosions earlier this week left nearly 150 people dead and thousands of others injured.

Mohamad Fakih, founder and CEO of Paramount Fine Foods, announced the Lebanese Canadian Coalition at a news conference on Friday while reflecting on the devastation of his former homeland.

“By choice, I am Canadian—a proud Canadian—but I will always be a child of Lebanon,” Fakih said. "The explosion at the port of Beirut this week is yet another moment of intense grief in a half century of tragedy and misfortune.”

On Tuesday evening, a number of explosions triggered by the ignition of 2,750 tonnes of ammonium nitrate flattened nearby buildings and sent shockwaves through the capital city.

Seismologists measured the event, which blew out windows at the city's international airport nine kilometres away, as the equivalent of a 3.3-magnitude earthquake.

Nearly 150 people were killed in the blast, though officials say that number is expected to grow. Roughly 5,000 others were left injured and early estimates suggest that at least 300,000 residents have been displaced.

“This disaster could put Lebanon on its knees,” Fakih said. “But that will not happen.”

In a news release issued on Friday, the Lebanese Canadian Coalition says it hopes to raise $2.5 million nationwide to provide much needed medical care, food, and shelter to those affected. 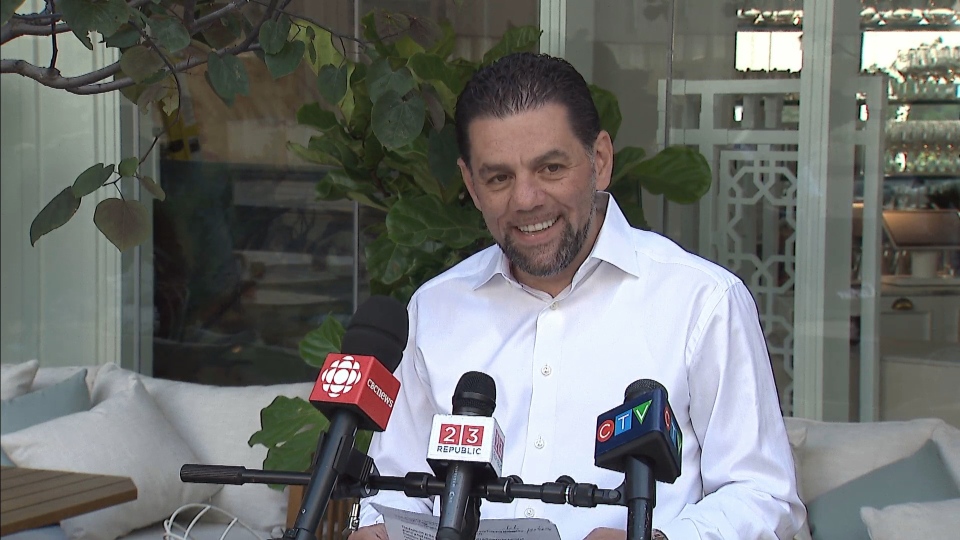 Additionally, the group says it will look to the federal government to match the funds raised.

“The people of Lebanon are resilient,” Fakih said. “They have to be, they do not give in. I can promise you, with our help, they will rebuild their country.”

Donations are eligible for a charitable tax receipt and can be made here.

As part of our ongoing support of the Lebanese community In the wake of the Beirut explosion, the @CityofToronto will be lighting up the Toronto sign in the colours of the Lebanese flag today. pic.twitter.com/EYEjBRNCOk

With files from AFP.

Lebanon president says he knew of chemicals at port in July

What we know about the explosion in Beirut

Mapping the Beirut explosion: What the impact would look like in Canadian cities

'Completely heartbroken': How Lebanese-Canadians are reacting to the Beirut blast

Feds say aid to Lebanon will be 'long-term,' citing need for 'political and economic reforms'

What is ammonium nitrate? The fertilizer behind many industrial accidents