TORONTO -- With a knife in hand, Scott Thompson works in a tiny corner in the basement of his a well-known Toronto restaurant.

Thompson has been the butcher at Barberian's Steakhouse for 35 years. The restaurant has been located on Elm st. for over 60 years. When the pandemic hit in March, they were forced to close the dining room, endangering the employment for staff like Thompson. Like many in the pandemic, Barberian's have found a way to pivot.

"There's a lot of places unfortunately had to shut down and we're one of the lucky ones," Thompson said.

To stay open, Barberian's Steakhouse created an online store where customers can buy directly from the restaurant. It is called Barberian's Butcher Shop.

"The butcher shop gives people something that they can't get at their grocery store," owner Arron Barberian said. 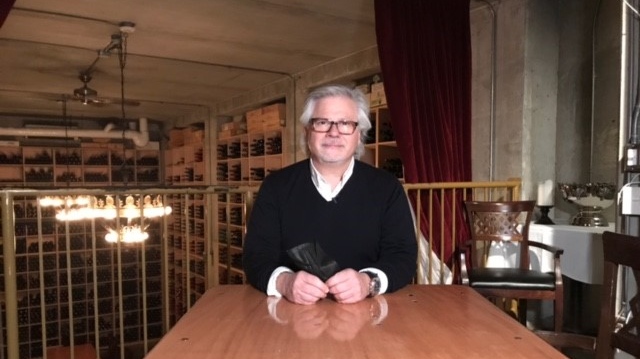 So rather than just offering items a la carte, they offer meal kits that include the raw steak, salad kit, potatoes and pre-prepared sides and even wine pairings that are delivered to directly to customers. There are even instructions on the website on how best to cook their items. Barberian says that the idea is to give customers the experience of the steakhouse at home.

"The response to this has been absolutely spectacular," Barberian said.

The idea for this new venture came out of necessity early in the pandemic.

"When the restaurant closed we still had a lot of perishable items that needed to be sold as soon as possible," Victoria Colbeck, General Manager of Barberian's butcher shop, told CTV News Toronto.

They wanted to sell, but couldn't offer take out, former chef and current server at Barberian's Patrick LePage said.

"Not every restaurant is able to do take out or delivery or online. Some products don't travel well, "

The online store was created in the spring and promoted using social media.

Barberian says that they deliver as far west as Burlington, and as far east as Pickering.

"We had to deliver to the Mustokas a couple of times."

More than the service, Barberian's butcher shop has allowed their employees to keep working while much of the service industry has been decimated by the pandemic.

"It give me a purpose to just come in 5 days a week and do what I love. I love this industry," Patrick LePage said.

They plan to keep the butcher shop open after the pandemic, but in the meantime, it will keep customers employed until the restaurant can open again.