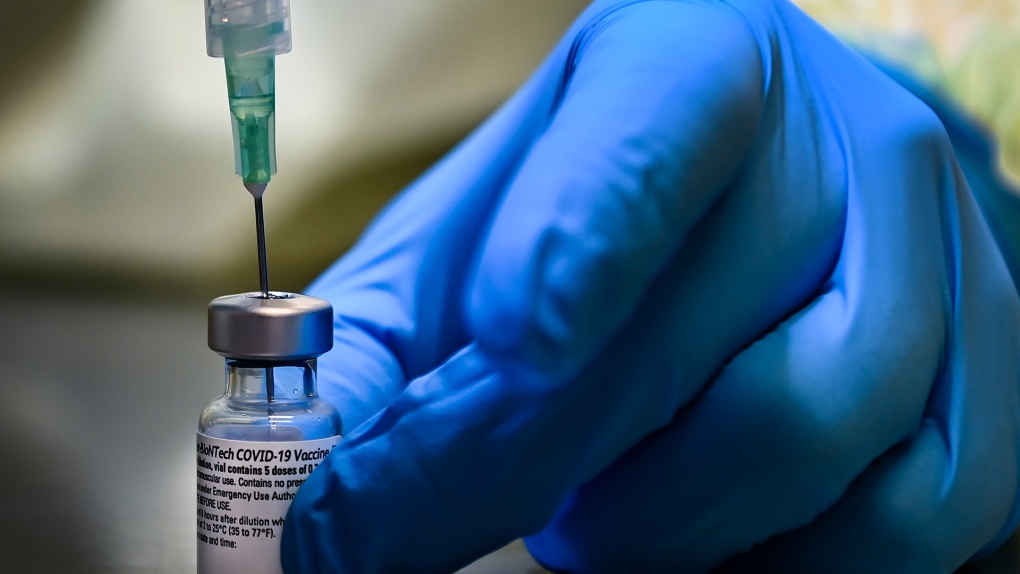 TORONTO -- Thousands of individuals over the age of 80 have received COVID-19 vaccines in Toronto, despite the fact that the city has not begun accepting appointments from the general public as is the case in a number of neighbouring jurisdictions.

York Region, Halton Region and Peel Region all began accepting COVID-19 vaccination appointments from members of the public born in 1941 or earlier this week and Durham Region plans to follow suit as of Monday.

The different approach being taken by some public health units has resulted in a disparity in the availability of vaccines depending on where you live but in a news release issued on Thursday, the City of Toronto clarified that it is still administering COVID-19 vaccines to seniors at a number of sites “including hospitals and congregate care locations.”

“Individuals are identified through partner organizations and hospitals and visited by mobile teams or contacted by a healthcare organization directly. Appointments are being conducted through established internal systems, like those used to book medical appointments or schedule surgeries,” the release states. “While these efforts are ongoing, people should not reach out proactively to local hospitals or clinics. Vaccine supply continues to be limited and those administering vaccines at this time are contacting people to participate in these pilots as vaccine is available.”

The City of Toronto says that it has administered 36,000 doses of COVID-19 vaccines to people over the age of 80, though it notes that the total includes the more than 10,000 residents that have been fully vaccinated in long-term care homes.

In the release, the city said that “wider availability” of vaccines for members of the public who are above the age of 80 will only occur once supply improves and the provincial booking system launches on March 15.

This represent a marked contrast from a number of other health units, such as York Region where 22,000 appointments have already been booked by residents and large lineups have been reported at several vaccination locations.

“Part of the overall Toronto effort has included hospitals which are giving vaccinations to select groups and they have begun indeed to do 80 plus people and have done thousands of them,” Mayor John Tory told CP24 on Friday morning. “We haven’t had the lineups because it is being done in a dispersed way at hospitals as opposed to being done in one place where you see these lineups in the cold. But we are underway with it and we will ramp up as soon as we have the supply and as soon as we have finished the other priority categories.”

Toronto’s Medical Officer of Health has previously said that the slow pace of vaccinations of those over 80 is, at least, in part due to the city’s disproportionate share of healthcare workers, which have also been prioritized to receive the vaccine as part of phase one of the Ford government’s rollout.

She has also said that there are logistical challenges unique to Toronto due to the large number of people age 80 or above living here, estimated at about 120,000.