Their phones are full of photos and videos of things they say have become a daily occurrence in their Toronto neighbourhood.

Used needles, piles of garbage, human waste on the street.

Some residents of The Esplanade say these things they encounter far too frequently. Things that they say have only been an issue since February, when the city opened a temporary homeless shelter at 45 The Esplanade.

For years, the building had operated as the Novotel, a four-star hotel, welcoming tourists and travellers from around the globe. But during the pandemic, it was leased by the City of Toronto, for use as a temporary homeless shelter.

"My first thought was, the homeless have to live somewhere," long-time resident Laura Ormesher told CTV News Toronto. "I was sympathetic to them, but it has been an absolute nightmare." 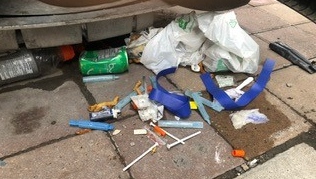 Romie Skeat, who's lived in The Esplanade since 1988, says the neighbourhood has changed dramatically since the shelter opened.

"The most significant change I would say is the fact that I am no longer comfortable when I am walking home," Skeat said, adding she doesn't leave her home much anymore due to fears for her own safety.

Other residents, fearful to speak publicly, show pages of notes, detailing hundreds of incidents, from fist fights, to aggressive encounters, to open drug use and overdoses on the street. Incidents that draw police and paramedic visits to the street almost day.

"It's also brought quite a number of other people to the area that are looking to either piggyback on the drug dealing that's going on around the 45 The Esplanade site, or to try and get in to 45 The Esplanade,” resident Fred Cowans told CTV News Toronto.

Residents say while the problems outside the facility are obvious, there also appear to be problems inside the hotel as well.

Photos posted to a community Facebook page show a room that appears to have been trashed, with furniture broken and carpet ripped up. 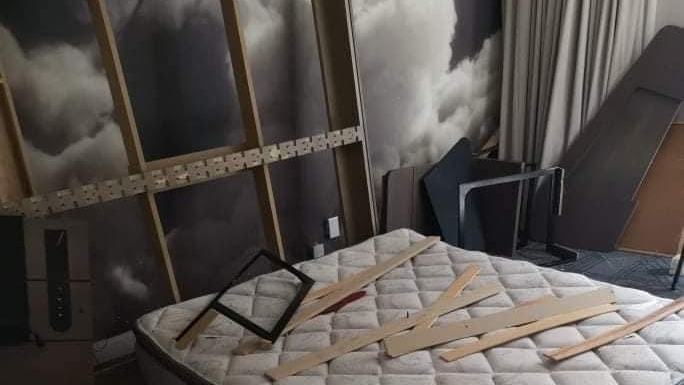 Another photo shows a room with excessive garbage being cleaned by two people in protective clothing. Other photos show a smashed toilet, and a vandalized door.

Homes First, the organization tasked with operating the facility, declined to confirm the authenticity of the photos, citing privacy concerns, however the wall decor, carpeting, and drapes, match photos available on the hotel's website.

According to documents on the city's website, the city is paying at minimum $615,000 a month to rent 205 rooms, with an option to pay more to rent as many as 254 rooms.

The document also says that the city will cover the cost of all damage and repairs to the hotel, and will continue to pay rent for as long as it takes to do so. 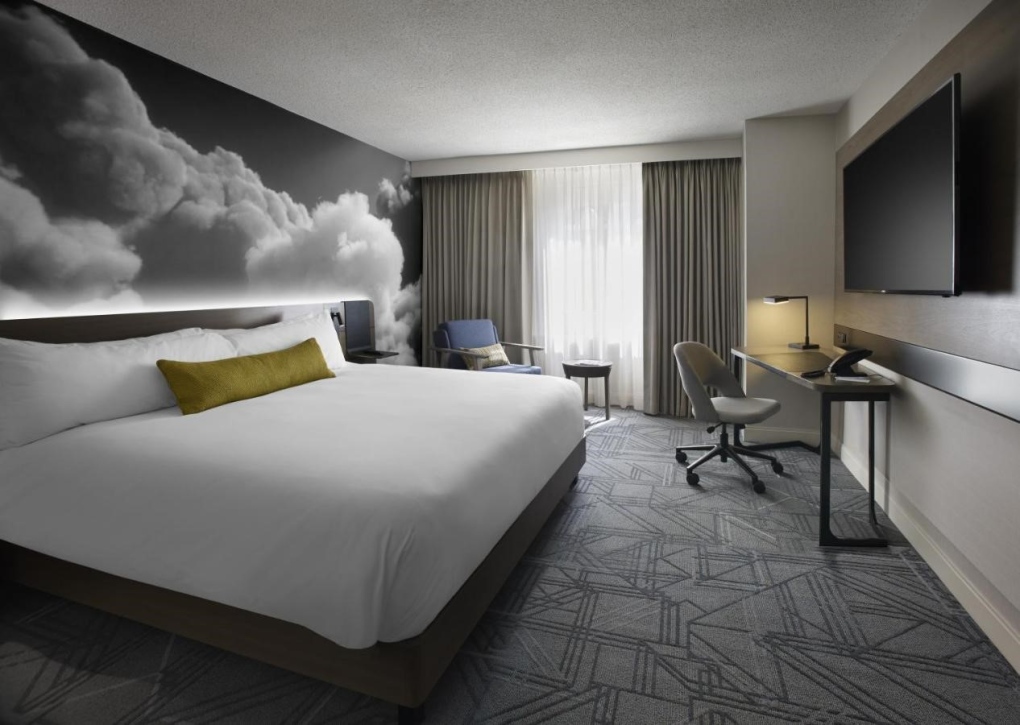 Residents say they have been approaching Homes First, their local councillor, and the mayor's office for months with their concerns.

So far, they say no action has been taken. Homes First declined CTV News' request for an interview.

In a statement, Kallan Lyons, the organization's Communications Supervisor wrote: "At our shelter sites, we have community liaison committees working with and addressing the concerns of community residents from the areas in which the shelters are located. At The Esplanade, there are security guards working alongside community safety teams, paid duty officers and increased police patrols, all of whom work together to support the community to feel safe."

"I'd like to feel that my safety and my comfort are given equal priority and I don't,” Skeat said. "Right now I feel that as a taxpaying citizen I'm shovelled to the back."

CTV News Toronto asked Mayor John Tory about the issues on The Esplanade during a COVID-19 press conference on Wednesday.

The mayor described trying to balance the care of the city's most vulnerable while at the same time maintaining the stability of neighbourhoods and residents. 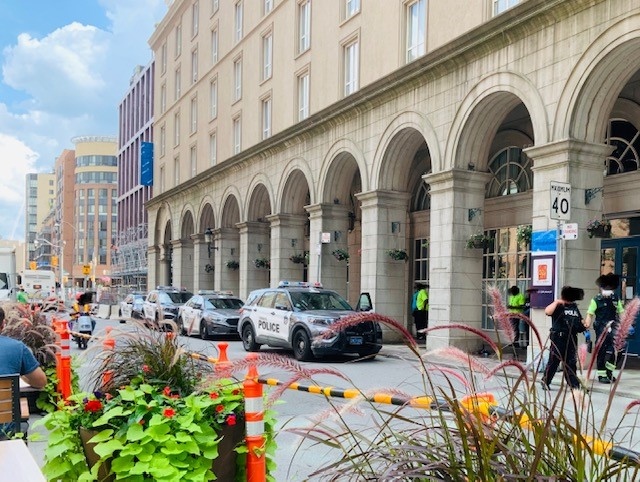 "I thank the people who live in those neighbourhoods for the fact that they have accepted and welcomed the fact that we needed to take care of those people in a different way because of the effects of the pandemic and some of the health requirements."

Tory promised to meet with residents of The Esplanade to address their concerns.

"I will take it upon myself to review all of the input that has come to my office but also more importantly have a conversation with some of the members of that community to understand those concerns better."

But the mayor wouldn't confirm whether or not the current lease, set to expire on December 31st, would be extended. Some residents fear that lease could be extended until April of 2022, meaning a temporary situation could last a lot longer.