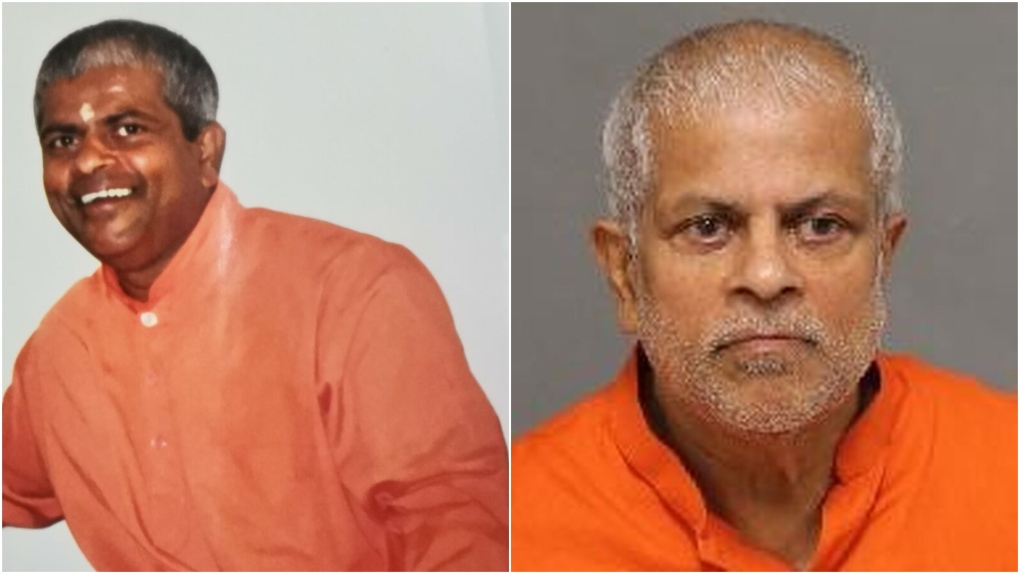 His Holiness Swami Pushkarananda is seen in these photos released by Toronto police.

TORONTO -- Toronto police have charged a religious leader who allegedly sexually assault a young girl between 1994 and 1997.

In a news release published Wednesday, police say the girl attended the Bharat Sevashram Sangha Canada Temple, located at 2107 Codlin Crescent in Etobicoke, with her family for several years.

The victim was between 8 and 11 years old at the time of the incidents. The Swami, on the other hand, was 42 and 47 years old.

His Holiness Swami Pushkarananda of Toronto was arrested by police on Tuesday. The 68-year-old is charged with sexual assault and sexual exploitation of a young person.

Investigators believe there may be other victims and are asking anyone with information relating to the investigation to come forward.