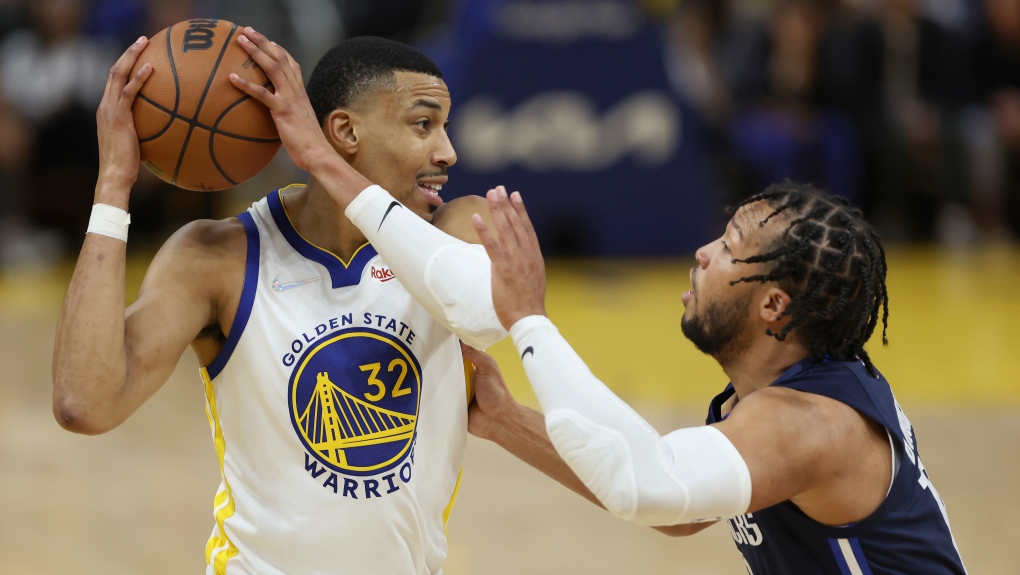 The Toronto Raptors have signed forward Otto Porter Jr., who was a key member of the Golden State Warriors' NBA championship team.

The two-year deal was first reported by Yahoo Sports, and confirmed to The Canadian Press by a source close to negotiations.

The 29-year-old Porter averaged 8.2 points per game this past season. He's a tenacious defender and solid long-range shooter, with a career average of 39.8 per cent from behind the arc.

Porter was selected third overall by Washington in the 2013 draft, and played the first six seasons of his career there before being traded to Chicago in 2019. Orlando then acquired him at the 2021 trade deadline, and he signed with the Warriors in the 2021 off-season.

The Raptors have been busy since free agency opened at 6 p.m. ET on Thursday, signing Canadian forward Chris Boucher to a three-year deal, and signing veteran forward Thaddeus Young to a multi-year contract extension.

Boucher, a six-foot-nine centre from Montreal, agreed to a three-year deal worth US$35.25 million, which was first reported by ESPN. Boucher posted a personal Raptors highlight reel on his Instagram account Thursday night with "Toronto is Home" and "Toronto, I'm Back!"

He averaged 9.4 points and 6.2 rebounds per game last season, and 11.2 points and 5.8 rebounds in six playoff games against the Philadelphia 76ers.

Toronto acquired Young, a six-foot-eight, 235-pound native of New Orleans, on trade deadline day in February as part of a package that included disgruntled Goran Dragic and the Raptors' first-round pick, in exchange for Young, San Antonio's second-round pick and the since-waived Drew Eubanks.

The 34-year-old has played 15 seasons in the NBA after being picked 12th overall by Philadelphia in the 2007 draft. He holds career averages of 12.8 points, 5.8 rebounds and 29.3 minutes in 1,085 games (711 starts) with Philadelphia, Minnesota, Brooklyn, Indiana, Chicago, San Antonio and Toronto.

"Thad is a high-level professional who complements our core very well, he integrated himself into the fabric of the team last season and we're excited he chose to re-sign here in Toronto," Raptors general manager Bobby Webster said in a statement.

"He is a smart and versatile player who will continue to provide valuable leadership to our younger players on the court and in the locker room."

This report by The Canadian Press was first published July 1, 2022.