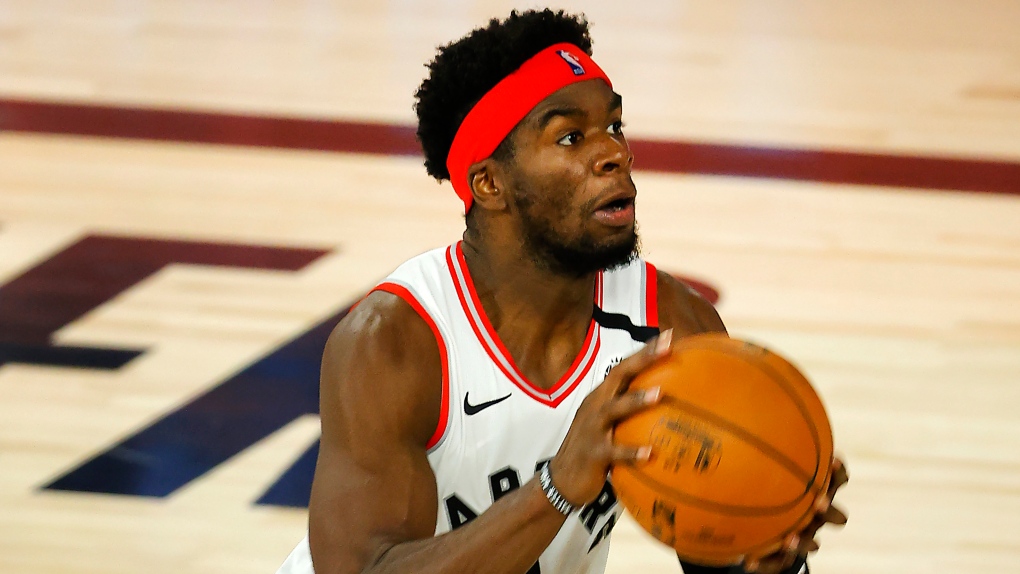 TORONTO -- The Toronto Raptors are responding to charges laid against rookie Terence Davis who was arrested on Tuesday in New York City after allegedly assaulting his girlfriend.

On Friday, the team released a statement acknowledging that the 23-year-old has been charged with seven criminal offences "following an incident involving a woman in Manhattan.'

"Incidents of this kind are addressed and managed by the League through the joint NBA-NBPA Policy on Domestic Violence, Sexual Assault and Child Abuse,” the statement reads. “The Toronto Raptors take these issues very seriously, and we will fully cooperate and support the League in its investigation of this matter as we work to determine the appropriate next steps for our team."

The incident happened at the Beekman Hotel in Manhattan at around 8:30 p.m. on Tuesday, according to the New York Police Department.

Statement from the Toronto Raptors. pic.twitter.com/Qq9gwFiSv0

The victim is alleging that she went to visit her boyfriend at the hotel when the two got into a verbal dispute, NYPD Detective Denise Moroney said in a statement to CP24 on Wednesday.

The victim alleges that the accused then hit her in the face before grabbing and breaking her phone, Moroney said.

Davis was arraigned Wednesday on misdemeanour charges of assault, attempted assault, endangering the welfare of a child, criminal mischief, aggravated harassment and harassment.

The rookie played at Ole Miss before joining the Raptors as an undrafted free agent prior to the start of the 2019-20 season.

Davis averaged 7.5 points per game, and ranked fifth among rookies in three-point shooting percentage. He was named to the league's All-Rookie Second Team.