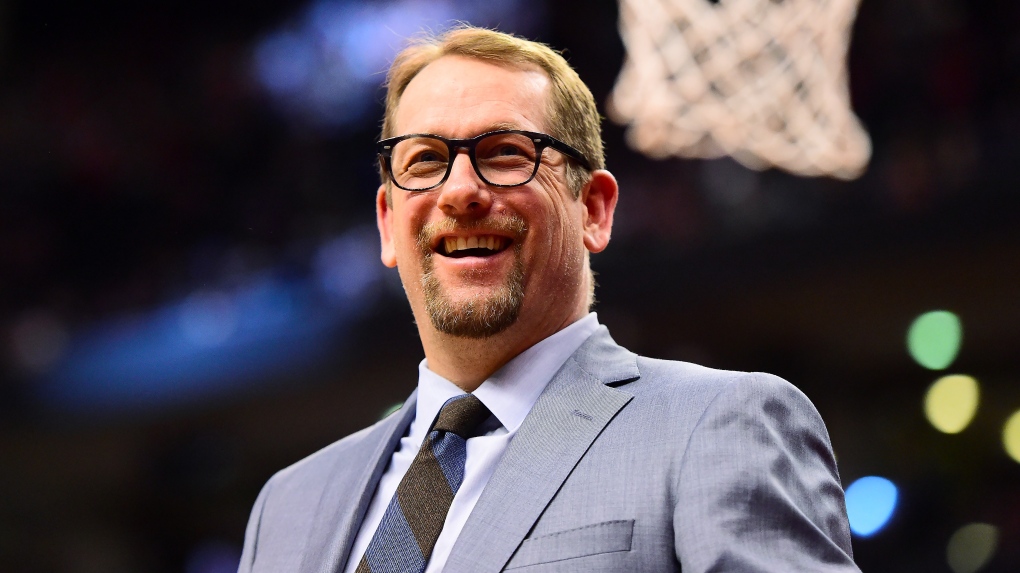 TORONTO -- Toronto Raptors head coach Nick Nurse is a finalist for the NBA's coach of the year award.

The Raptors had the same record after 64 games in their championship 2018-19 season, but Toronto matching that feat was impressive given that superstar Kawhi Leonard left for the Los Angeles Clippers in free agency and the Raptors played through several injuries to key players in this campaign.

Milwaukee's Mike Budenholzer and Oklahoma City's Billy Donovan are the other finalists.

Voting on the NBA's awards has already taken place by a global panel of sportswriters and broadcasters. The NBA has not set specific dates when the winners will be announced.

None of the games taking place at the NBA's restart at Walt Disney World factored into the voting, because ballots were due before games began again July 30.

The league took the step of saying games played before the league suspended the season on March 11 because of the coronavirus pandemic could factor into award consideration, out of fairness to the eight teams that were not invited to the restart.

Toronto has gone 3-1 since the NBA restarted and next plays Sunday against Memphis.

-- With files from The Associated Press.

This report by The Canadian Press was first published Aug. 8, 2020.