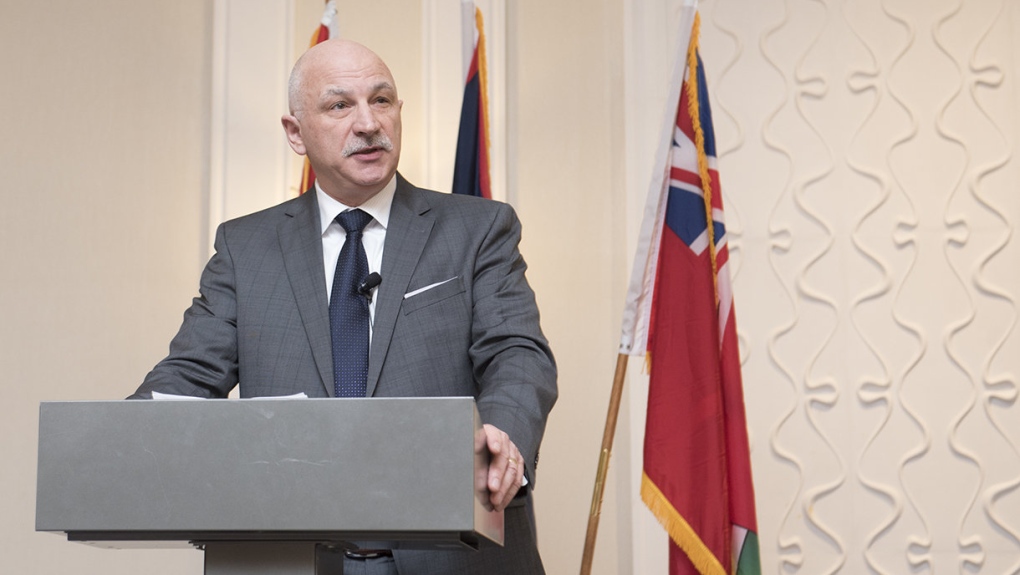 Deputy Chief James Ramer is seen in this undated photograph from the Toronto Police Service's website.

TORONTO -- Deputy Chief James Ramer will act as Interim Chief of the Toronto Police Service when Mark Saunders steps down at the end of July.

Saunders, who was given the title of top cop in April 2015 and is the first Black person to ever be appointed to the role, announced in early June that he would be retiring from his position in order to be a “full-time dad and a full-time husband that’s not an exhausted by-product who walks through the door at the end of the day.”

In a news release issued on Monday, the Toronto Police Service announced that Ramer will take over the job on Aug. 1 and will remain in the position until a new chief is appointed.

Ramer has been a member of the Toronto Police Service since 1980 and is the current deputy chief of specialized operations command, which is responsible for numerous investigative and specialized units. According to the police board, Ramer has led the service’s Community Partnerships and Engagement Unit and co-chaired the chief’s Black Consultative Committee for five years.

“Throughout his career, Deputy Ramer has demonstrated a stellar law enforcement leadership record, balanced with a demonstrated commitment to working with communities to foster meaningful partnerships and effective, sustained mobilization,” Jim Hart, chair of the Toronto police board, said in a statement. “The board is confident in his ability to provide professional, capable and compassionate leadership during this period.” 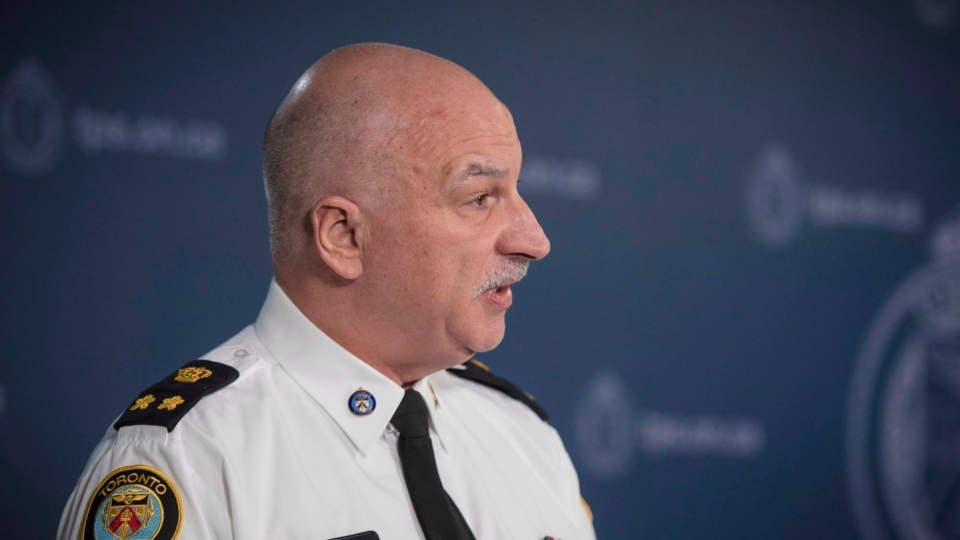 Among the list of Ramer’s accomplishments listed by the police board is an initiative helping people experiencing mental health crises, the development of a gang prevention strategy and the 2019 induction into the Member of the Order of Merit of the Police Forces.

Ramer said that he was honoured to be named Interim Chief and that he will make it his priority to continue “modernizing and transforming” the police force.

“Each day, I will make it my singular priority to build public trust and confidence in the Toronto Police Service, and the dedicated men and women who serve us bravely,” he said.

Ramer is taking on the position as tensions continue to grow between police forces in North America and members of the Black community following the death of George Floyd, a Black man who was killed by a white police officer in Minneapolis.

In the wake of his death, thousands of people have held anti-Black racism protests and marches around the world, including in Toronto.

The board has since said it will postpone weighing a report on anti-Black racism until broader public consultations are conducted on the issue.

The report was set to be received last week.

Toronto Mayor John Tory said that he welcomed the appointment and was confident that Ramer would “provide the leadership our police service needs over the coming months.”

“He is committed to the police service and our city. I know that his vast policing experience will serve him well in this role, that he will continue the modernization which is underway, and that he is dedicated to keeping our city safe.”

Board starting ‘comprehensive procurement process’ for next chief

The board has said that given the “heightened engagement around important policing issues,” they will be selecting a firm to help them conduct a search for the next chief of police.

The firm will use a public consultation process in order to identify qualities and priorities for the position, they said.

“The Board recognizes that the selection of Chief is one of the most important decisions it makes, and looks forward to meaningful public engagement in this selection process,” they said in the news release.

The board did not provide a timeline or deadline for when the next chief of police will be hired.