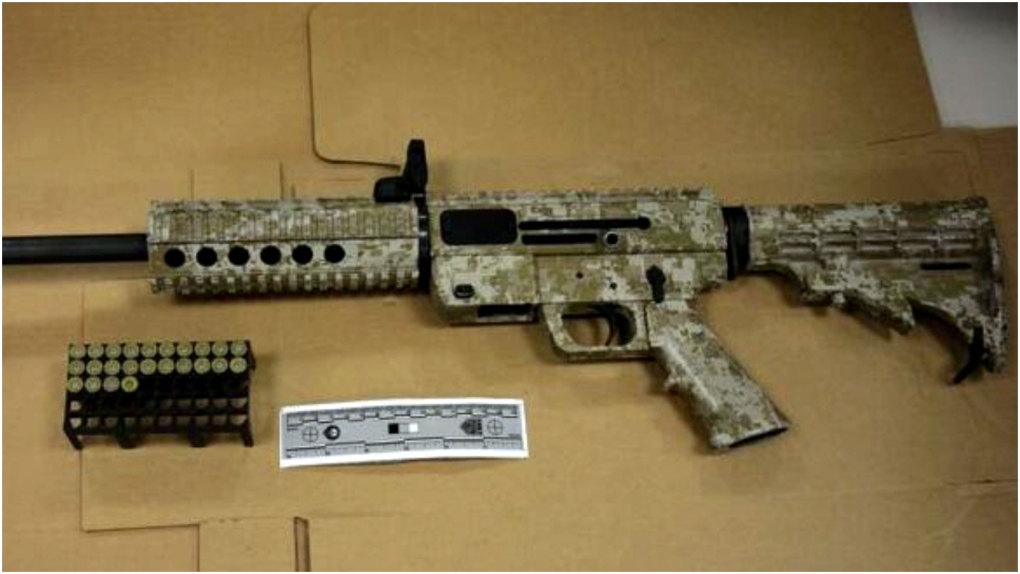 TORONTO -- Toronto police say they have charged six people with a number of weapons offences after allegedly discovering a semi-automatic rifle during a raid last week.

Officers allegedly found a 9-mm semi-automatic rifle while executing a search warrant Friday afternoon on a Toronto home in the Rogers Road and Oakwood Avenue area.

Police also allege that in addition to the gun they discovered 24 rounds of ammunition in the home.

Two men, a woman and three teenage boys were all arrested and charged with the weapons offences.

This report by The Canadian Press was first published Nov. 17, 2019.