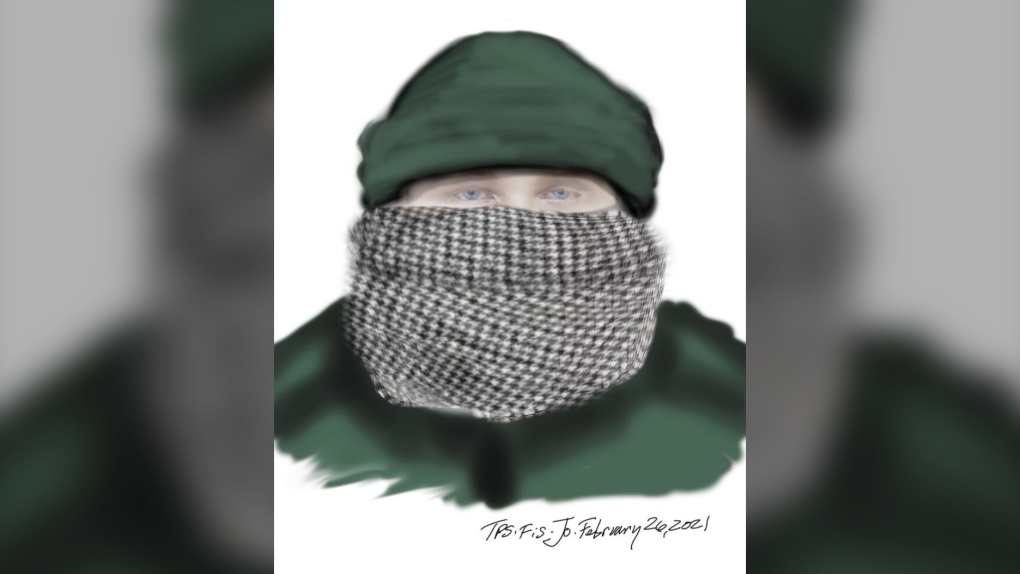 Toronto police have released a sketch of a man wanted in connection with a robbery investigation. (TPS handout)

TORONTO -- Toronto police have released an artist’s rendition of a suspect wanted in connection with a robbery investigation from earlier this month.

On Feb. 2, shortly before 4:30 p.m., police responded to reports of a robbery in the area of Cosburn and Logan avenues.

A man allegedly approached a 76-year-old woman and attempted to take her purse.

The woman was taken to hospital with non-life threatening injuries.

On Saturday, police released an artist’s rendition of the man, as investigators have not been able to identify the suspect.

He is described as white, in his mid-40s, standing five-foot-nine to six feet tall with a medium build.