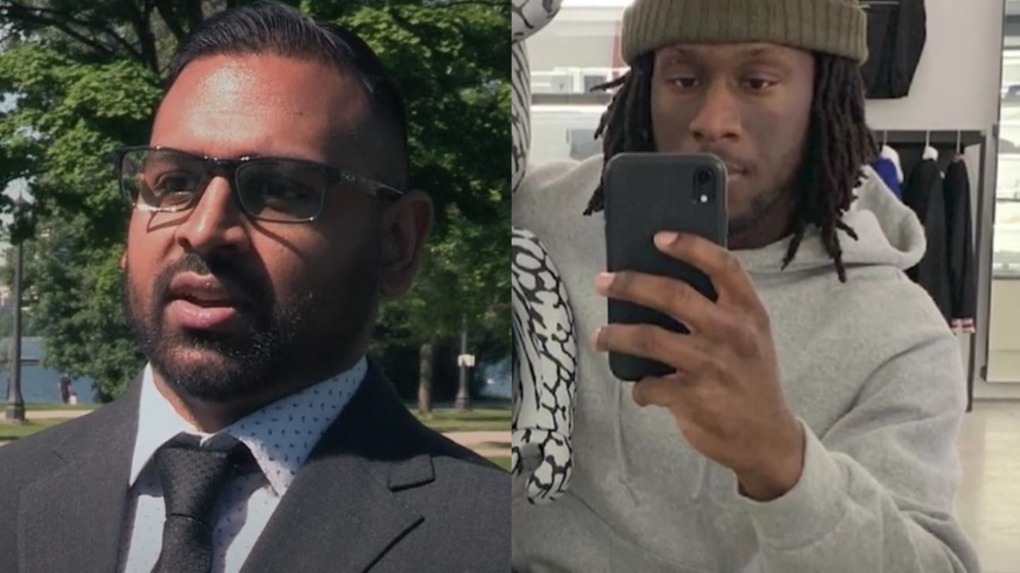 More than six months after Raheem White was last seen in Toronto’s Junction neighbourhood, Toronto Police Service (TPS) and Crime Stoppers have released a video in an effort to maintain awareness around the disappearance and encourage anyone with information to step forward.

White was last seen on Dec. 1. in the Osler Street and Pelham Avenue area of Toronto at around 3:30 p.m wearing a black jacket, black pants, an orange toque and a black backpack, police said. He is described as a Black male, six feet tall, weighs 200 lbs with an athletic build, brown eyes and black hair worn in dreadlocks.

White was working as a delivery driver and a DJ at the time of his disappearance, those close to him said, and had plans to move in with his girlfriend.

A vehicle being driven by Raheem at the time of his disappearance was located by investigators in a parking lot on Lakeshore Boulevard West near Sunnyside Beach with his wallet and personal belongings inside, but his cellphone is still unaccounted for.

"Raheem has a large number of family and friends who are very concerned for his well being and are pleading for a safe return," TPS Detective Constable Chriss Sukhdeo said in the video.

"The area where Raheem's truck was found is next year recreational trail and boardwalk popular with cyclists, runners and dog owners," he adding, reminding the public if anyone has information to contact police."

Despite a significant public response to the disappearance, followed by a number of reported sightings, White remains missing. Police have said they’ve conducted comprehensive searches for White, spoken to his family and friends, contacted every major hospital, searched local shelters twice, and canvassed areas they know White frequented, among “further investigative tools .. we do not release.”

They also said they’ve investigated “numerous separate sightings and conducted video canvass,” none of which have been confirmed.

In May, CTV News Toronto spoke to friends and family of White ahead of the six-month mark of his disappearance.

“It didn't seem like anything was off,” White’s former roommate and close friend, Stefan Coward, who saw White two days before the disappearance, said. “There was no real indication, no real sign.”

White’s mother, Rosemarie, told CTV News Toronto in May she felt the police investigation had begun to stall.

She said she often receives messages from individuals claiming they’ve seen her son, but by the time tips are investigated, their relevancy has diminished.

“Oh my god, I've had so many sightings,” she said in May. “There's been tips every week, people message me regularly.”

“But if [Raheem] gets seen today, and [police] don't get the message until four days later, [is he] going to be in the same spot waiting for you? I don't think so.”

Rosemarie was not granted a formal interview with the force until May 11 – nearly six months after White was reported missing.

When reached for comment, a spokesperson for the Toronto Police Service confirmed to CTV News Toronto that Rosemarie participated in her first formal interview with the force on May 11, but highlighted that they are in “weekly communications with [Raheem’s] mother.”

“The Toronto Police Service takes missing people investigations extremely seriously and our officers are dedicated to finding people as quickly as possible, using significant resources from across the Service to support our efforts,” they said.

Police are asking anyone with any information concerning the whereabouts of Raheem White to contact TPS’ missing persons unit at 416-808-7411.