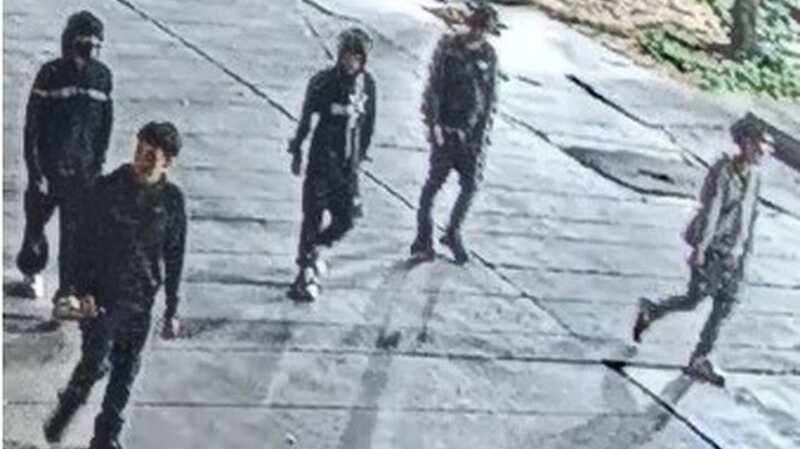 Police are looking for five suspects accused of stabbing and robbing a 15-year-old boy in downtown Toronto on July 6, 2021. (Toronto Police Service)

TORONTO -- Police have released images of five suspects wanted in connection with a stabbing and a robbery in downtown Toronto earlier this month that left a 15-year-old boy seriously injured.

On July 6, just after 12:30 a.m., officers were called to the area of Bay Street and Hagerman streets for a stabbing.

Police say a boy was walking in the area when he was approached by a group of five men with whom he had a verbal dispute earlier.

The group allegedly attacked the 15-year-old boy. Police say he was stabbed multiple times, and his personal belongings were robbed.

The boy was taken to hospital with serious but non-life-threatening injuries. 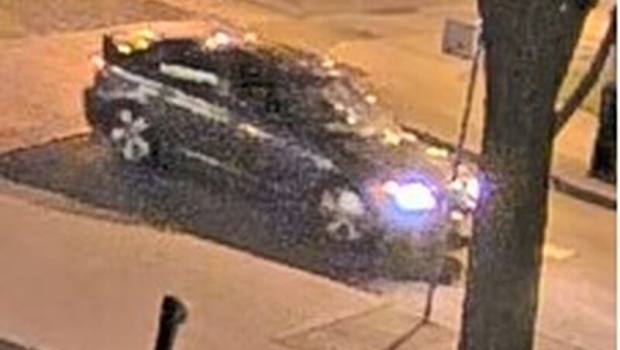 The suspects fled the area in a black four-door sedan. Police say all five men are described as having a slim build.

The fifth suspect was wearing a black hooded sweater, black pants, white shoes and was also carrying a black satchel.

Police say they are all considered armed, violent, and dangerous.