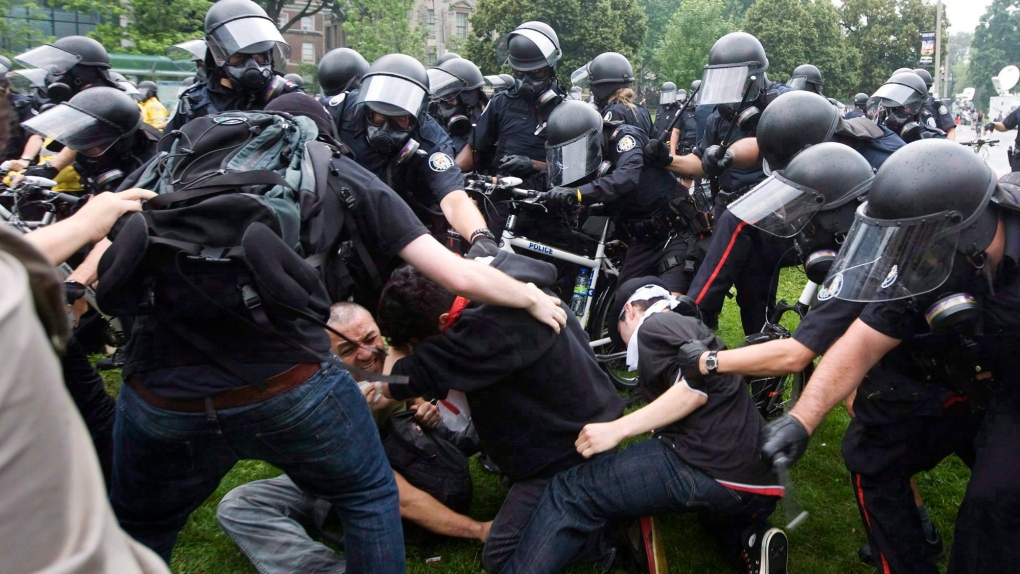 Police club a crowd of activists during the protest at the G20 Summit in Toronto Saturday, June 26, 2010. THE CANADIAN PRESS/Darren Calabrese

TORONTO -- The Toronto police service says it regrets that mistakes were made during mass arrests over the course of the G20 summit in the city in 2010.

The force says that in attempting to preserve peace during the summit, there were times when hundreds of people were detained or arrested when they should not have been.

It also says people were detained in conditions that were unacceptable.

The force's statement comes about two months after it and hundreds of protesters and others reached a $16.5 million settlement over widespread arrests during the summit.

Lawyers in August said that under the settlement, those arrested will each be entitled to compensation between $5,000 and $24,700, depending on their experiences.

The agreement came after 10 years of court proceedings and negotiations.

This report by The Canadian Press was first published October 19, 2020. This story was produced with the financial assistance of the Facebook and Canadian Press News Fellowship.