The Toronto Police Service are eyeing ways to add more technology to the city’s parking system in a way that could make it harder for drivers to avoid tickets — and close what one self-styled parking vigilante calls a “loophole.”

Rennie Johnson walks the streets of his St. Clair Village neighbourhood to blow the whistle on illegal parkers and says over the hundreds of cars he’s called in, he’s noticed a pattern when he complains to parking enforcement.

“There’s a loophole. You have to call at a certain time,” he told CTV News while checking out whether the cars that are parked on his street have passes — or are overstaying their welcome, something he’s seen more often in the pandemic.

Johnson gets results — parking officials often respond to his complaints, as evidenced by one blue van that had a $30 ticket when CTV News visited.

But he has noticed that if he calls after about 10am, it’s much less likely that someone will get a ticket for staying longer than the maximum three hours.

“It bothers a lot of people who have to go up another block and walk home after a long day,” Johnson said. 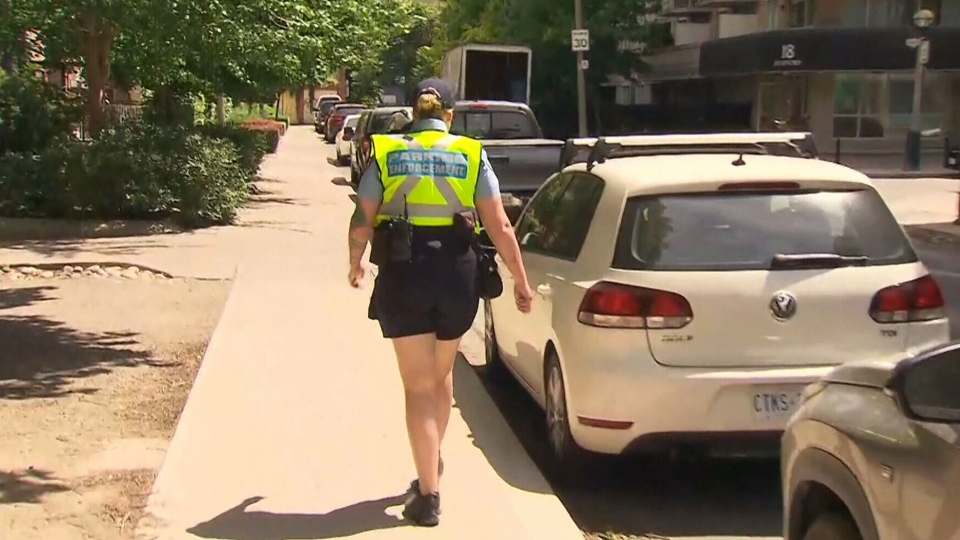 TPS officials admitted that there is an enforcement gap of sorts: a limitation because of the manual way that their officers track parked cars.

They chalk a tire by hand to prove someone hasn’t moved their car. The same officer has to chalk it and check it after three hours. And if an officer changes shifts, it’s back to square one.

Officers say they’re looking at technology that other cities have that could bridge the gap, including licence plate scanners. The scanners take pictures of a licence plate, and scan it into a database — information that any officer could access to write a ticket.

That would close the so-called loophole — but there aren’t any timelines yet. It’s part of a larger examination of new technology that Supt. Scott Baptist says could be as transformative as the adoption of the GreenP app to pay for parking.

He pointed to the options that a large-scale digital mapping of Toronto streets could produce: drivers paying for the opportunity to park in non-metered areas and avoiding tickets, while digitally tracking it in such a way that residents would be much less likely to be affected — though warned there are no hard decisions made yet.

“It’s a conceptual discussion we’re having as we’re trying to improve the system for people trying to come into the City of Toronto,” he said in an interview. 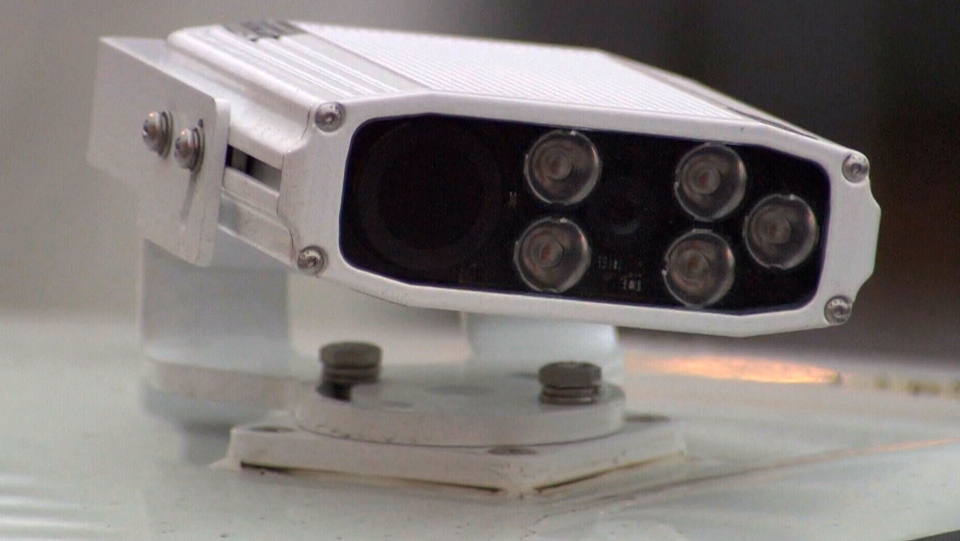 Until then, some drivers appeared to be taking advantage of Johnson's street. One man in that blue van returned to find his ticket — and explained he was another resident who had let his friend park in a driveway, and he parked on the street.

“I parked it over here and I forgot it overnight,” he said.

Another woman told CTV News she works nearby for minimum wage, and just can’t afford to pay for parking.

“I move my car every so often,” she said.

One caveat on the new technology: when paying for parking, or parking tickets, becomes easier, revenues tend to rise. That’s what happened in other cities adopting licence plate scanners, and what happened when Toronto adopted the GreenP app.

Supt. Baptist said for him — it’s not about the money.

“This is a huge project. To take this on, it’s going to be a significant investment. It’s going to have an impact broadly on how parking is structured within the City of Toronto,” he said.