TORONTO -- Police have located one of the two seniors who went missing in Toronto’s Rexdale neighbouhood earlier this week, just hours after escalating their search to the highest possible response level.

Leonard Simpson, 98, had been last seen leaving an apartment building near Kendleton Drive and John Garland Boulevard at around noon on Monday.

Police, however, confirmed late on Thursday afternoon that they located Simpson wandering in a parkette north of Steelees Avenue near Kipling Avenue while conducting a search of the area with a drone.

They say that Simpson has been taken to a hospital as a precaution but “appears to be in reasonably good health.”

Police are continuing to search for the other missing man – 83-year-old Chandulal Gandhi. He disappeared from the Kipling and Steeles avenues area at around 5 p.m. on Tuesday. 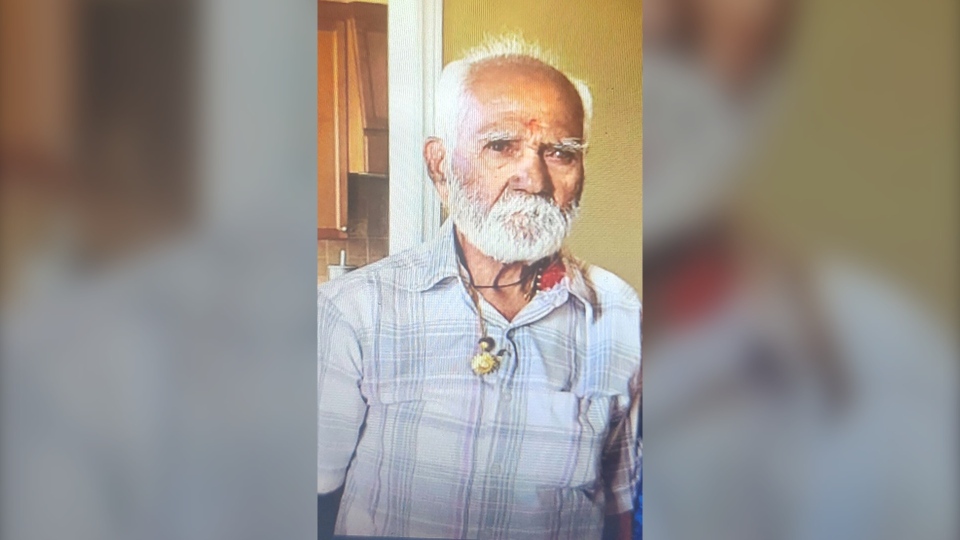 The disappearances of both men came on the heels of two fatal stabbings in the same general area that police have suggested could be linked, leading to some unease in the community.

In one of those incidents a homeless man was sleeping under a bridge on the nearby West Humber Trail when he was attacked by an unknown assailant on Sept. 7. The other incident, meanwhile, took place this past weekend when a voluntary caretaker was attacked outside a mosque near Rexdale Boulevard and Bergamot Avenue while working to ensure attendees were following public health guidelines.

“There is absolutely no indication that there is any link to these previous crimes. We have nothing to say that they are linked,” Supt. Ron Taverner said during a press conference held earlier on Thursday afternoon. “Obviously we are well aware of those situations and are considering every possibility but we have absolutely no evidence to suggest that is the case.”

Search has been escalated to Level 3

Police had been scouring the neighbourhood for both Simpson and Gandhi for several days but had been unable to locate them. On Thursday morning, police escalated their response to a Level 3 search, which is the highest possible level.

As part of a Level 3 search police draw on a number of specialized resources, including the mounted unit and the marine unit. They also bring in officers from other divisions to assist with the search.

“When a search goes to a level 3 essentially what is happening is that emergency management is stepping in to provide management and support alongside with our partners here in 23 Division,” Sgt. Sean Cosgrove, who is overseeing the search effort, told CP24 on Thursday morning. “We are coming out here to put a fresh pair of eyes on the investigation.”

Police said earlier on Thursday that they had no information suggesting that Simpson and Gandhi were known to one another nor did they have any reason to believe that they were met with foul play.

They did, however, say that they were growing increasingly concerned for the safety of both men

“Currently we have 43 officers (on scene), comprised of mounted officers on foot and drone operators that are out right now but as we receive new information we are in constant communication with our operations centre and are keeping them apprised of what we need and what our projected needs are,” Cosgrove said.

Transit operators told to be on the lookout

Taverner told reporters that if there was any evidence linking the disappearance of the men to the earlier homicides police would have a “duty to inform” the public but he said that there is simply no evidence of that at this point.

He said that as part of the search effort officers are scouring a massive area that spans from the Highway 427 to the west, the Humber River to the east, Steeles Avenue to the north and Eglinton Avenue to the south.

He said that Toronto and York Region transit operators have also been notified and told to be on the lookout for the men.

“We are getting some tips but we would like more. We want any tip that we can get and we will follow up on every single tip that we get,” he promised.