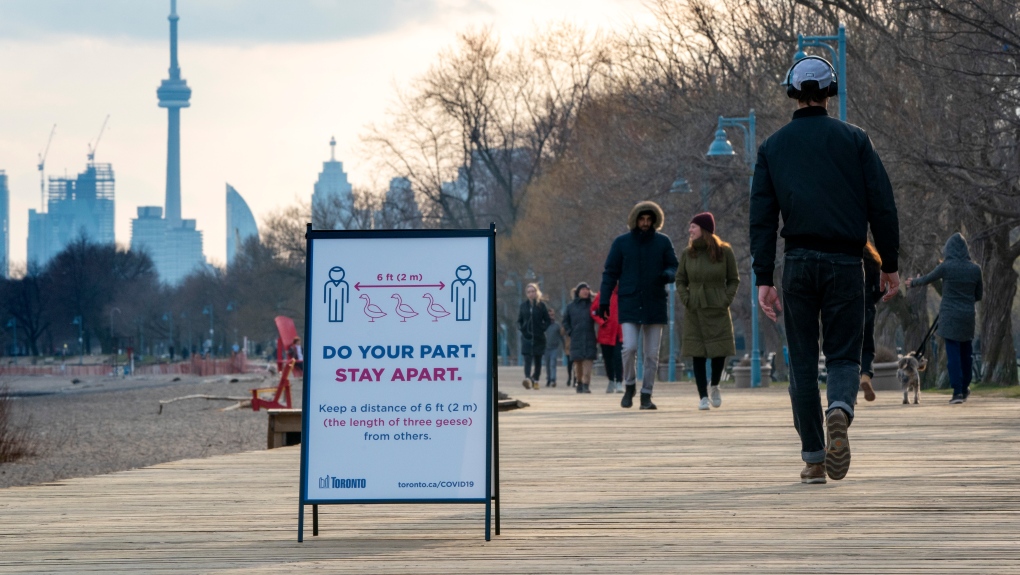 TORONTO -- The City of Toronto says its enforcements teams laid several charges over the weekend against people and businesses violating COVID-19 restrictions.

The charges came as the city moved into a lockdown on Monday and entered the final phase of Ontario’s COVID-19 tiered framework, which shuts down indoor dining, shopping centres, and personal care services.

“Over the course of the weekend, our enforcement teams inspected 44 restaurants and bars,” Chief Matthew Pegg, who is leading Toronto's emergency response to COVID-19, said at a news conference held on Monday afternoon.

“I'm pleased to advise that each of these 113 businesses were found to be operating in compliance with the regulations and orders,” he told reporters.

Under the new lockdown restrictions, all indoor organized public events and social gatherings are prohibited, with the exception of gatherings with members of the same household. Outdoor gatherings have been restricted to 10 people, as long as physical distancing can be maintained.

The city said officers also responded to 106 complaints related to gatherings on private property over the weekend.

“Forty-seven of these were received via complaints submitted to 311, and the additional 59 were submitted directly to Toronto police. Thirty-nine charges were laid as a result of these complaints,” Pegg said.

Ontario health officials reported a record-breaking 1,589 cases of COVID-19 on Monday. The province also reported that 19 more people have died due to the disease.