TORONTO -- Toronto police have identified the 36-year-old man killed in one of eight separate shootings across the city this weekend.

Marson was pronounced dead at the scene.

Police have not released any suspect information on the case. He is the 69th homicide victim of the year.

The homicide unit is also investigating two other fatal shootings in the city on Saturday.

Just after 12:30 a.m., police found 28-year-old Kamal Daley lying on the ground in the area of Jane Street and Yorkwoods Gate, south of Finch Avenue West.

Paramedics told CP24 he was suffering from gunshot wounds and was pronounced dead at the scene.

Police said they located evidence of gunfire nearby. No suspect information has been released in connection with the case.

On Saturday afternoon, a man in his 20s was fatally shot in a plaza parking lot in North York. 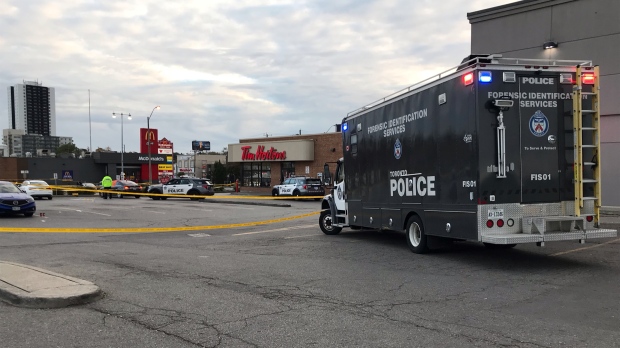 Police have not released the identity of the victim. They also have not shared any suspect information.

Investigators are appealing to anyone with information about any of the incidents to contact them or Crime Stoppers.

"No matter how big or how small this information, that might be the missing piece of the puzzle that they need to solve these homicides," Const. Alex Li said.

"We won't leave any stone unturned. Our investigators will comb through all their evidence, speak to all their witnesses, and gather as much information as possible."

At 3 a.m., a 17-year-old boy was in a car when someone in another vehicle shot him. He was located on Highway 427 near Eglinton Avenue with serious but non-life-threatening injuries.

A woman walked into a hospital around 5 a.m., suffering from serious but non-life-threatening injuries. It is not known where the shooting happened.

Just before 8 a.m., a man believed to be in his 30s was found suffering from serious gunshot wounds in the area of Eglinton and Oakwood avenues. 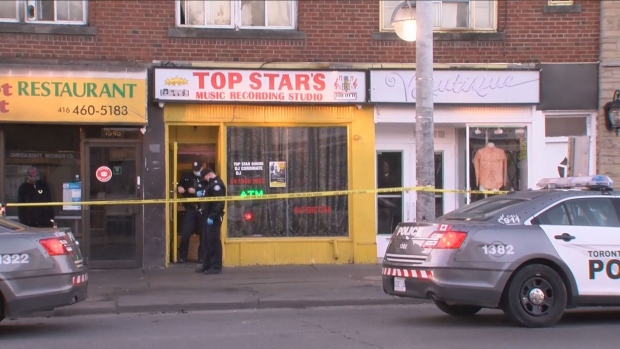 "We've deployed all available resources to the shooting incidents. Any shooting…one shooting is already one too many in the city," Li said.

"Gun violence is a priority for the Toronto Police Service. We take every shooting incident very seriously."

On Sunday evening, shortly after 8 p.m., police were called to a shooting in the city’s St. James Town neighbourhood. A man was taken to the hospital in serious condition.

Later in the evening, a taxi driver was shot and killed in the area of Pharmacy Avenue and Eglinton Avenue East.

The shootings prompted interim police Chief James Ramer to tweet: "Our @TorontoPolice officers & @TPSHomicide investigators have been working long hours to solve the recent homicides we've seen in our city. All are dedicated to bringing justice to those who have been impacted by these tragedies."

In a statement, Mayor John Tory said he talked to Ramer about the incidents and expressed confidence that Toronto police are doing everything possible to catch the suspects.

"It is an absolute tragedy every time someone in our city is killed. My thoughts are with the family and friends of the shooting victims," Tory said.

"I, along with the Toronto Police, share a common commitment to keeping the city safe and I thank Chief Ramer and his team for the good job they do for us. While the number of shootings and fatal shootings in Toronto is lower than last year, we must continue to do more work to further reduce gun violence in our city."

- with files from Kerrisa Wilson and Codi Wilson