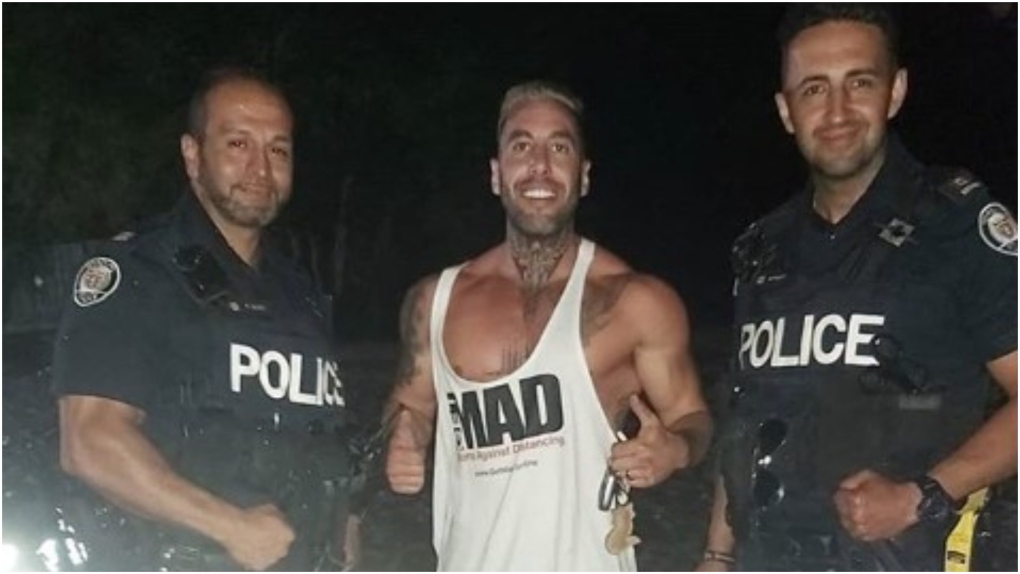 Toronto police have confirmed they are investigating after a photo emerged of two officers posing with a local anti-mask advocate. (Instagram/Meettheskys)

TORONTO -- Toronto police say they are investigating a photo which appears to show two officers posing with a local anti-mask advocate.

In an email to CTV News Toronto, police say they are “aware of the image” while adding that the photo has been forwarded to the service’s Professional Standards Unit which is “reviewing the matter.”

The photo was initially posted by and features Chris Sky, the founder of ‘Mothers Against Distancing’—a group which advocates for the “freedom of choice” in the face of Toronto’s mandatory mask bylaw—standing in between two smiling, unidentified police officers.

"Nearly all men can stand adversity, but if you want to test a man's character, give him power." - Abraham Lincoln #police #51division #toronto #canada #ontario @tpsneighbourhoodwatch

The city’s mandatory mask bylaw went into effect in late June in an effort to prevent the spread of the deadly COVID-19 virus, which has infected more than 15,000 residents and left more than 1,000 Torontonians dead since late January.

Toronto’s Medical Officer of Health Dr. Eileen de Villa has said that the bylaw compliance, which requires mask use in indoor settings, would need to be as high as 80 per cent in order to work.

The image was reportedly shared to 51 Division's Instagram account, though Toronto police could not confirm this detail noting that the matter is under investigation.