TORONTO -- Toronto police have identified a 20-year-old man shot and killed in North York over the weekend.

Just before 9 p.m. on Sunday, emergency crews responded to multiple reports of shots fired in the area of Jane Street and Falstaff Avenue.

At the time, according to police, a man was attempting to drive his vehicle into the garage of an apartment building when numerous bullets struck him.

As a result of being shot, police said the vehicle the man was operating rolled and hit the closed garage doors of the parking garage. 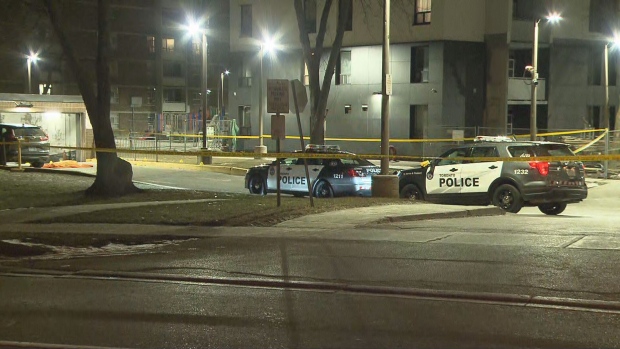 The man was found suffering from multiple gunshot wounds in the driver’s seat of the vehicle when officers arrived. He was pronounced dead at the scene.

Investigators said a suspect vehicle was seen fleeing the scene eastbound on Falstaff Avenue after gunfire rang out and was later located fully engulfed in flames at Earl Bales Park.

No suspect descriptions have been released.

Residents, business owners or anyone who may have further information regarding this investigation are urged to contact police at 416-808-7400 or Crime Stoppers anonymously at 416-222-TIPS (8477).