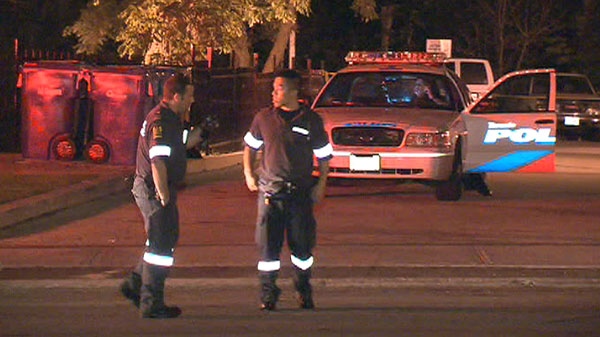 Toronto police are searching for two men after a woman was shot dead in the city�s northwest end Saturday.

Toronto police are hunting for two men after a woman suffered a fatal gunshot wound to the back in the Downsview area early Saturday morning.

Police said the woman was shot at around 12:30 a.m. in a low-rise apartment building on Seeley Drive, near Keele Street and Sheppard Avenue.

Police said Pamela Ariza, 25, was pronounced dead at the scene of the shooting.

A second woman was also shot and was taken to hospital after suffering a gunshot wound to the knee, police said

The two men police are searching for are believed to be between the ages of 19 and 20.

Police said one man has been taken into custody for questioning.