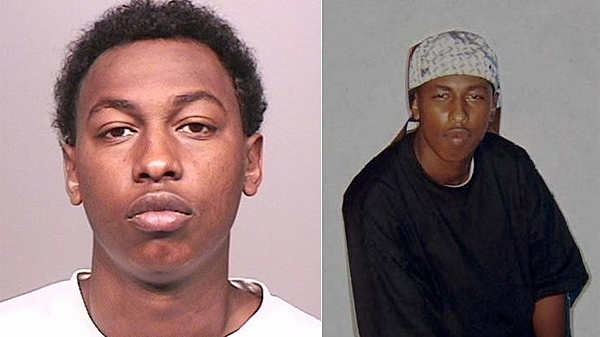 Toronto Police are helping their Windsor colleagues search for a murder suspect by plastering a reward poster in the Eglinton Avenue West and Weston Road area.

Windsor Police have issued a Canada-wide arrest warrant for  Hagi on a charge of first-degree murder.

The 27-year-old is being sought in connection with the Dec. 22, 2007 death of Luis Acosta-Escobar, who was found dead of gunshot wounds near a Windsor nightclub.

Det. Wayne Parsons of the Windsor Police's major crimes branch told CTV News on Wednesday that they know Hagi took a cab to Toronto in the hours after Escobar's death.

"He was anxious to get out of town," Parsons said.

They know Hagi had approached people on the street, including an off-duty firefighter, and offered them a large amount of cash to be driven to Toronto, he said.

Hagi, while a Windsor resident at the time of the shooting, has family in Toronto, Parsons said.

Const. Wendy Drummond told CTV News that Haji was last seen in the Eglinton/Weston area, which has a Somali community. Haji is of Somalian descent.

Information on Hagi has been sent to police forces across North America and to Interpol for international distribution.

"In spite of these efforts, HAGI remains at large," Windsor Police say.

"It is believed, based on recent information, that Hagi is still in Ontario and travels by vehicle between the GTA and Southwestern Ontario."

Drummond said they have reports that Haji has donned the traditional garb of Somali Muslim women, such as hijabs and burkas.

Police say Hagi should be considered armed and extremely dangerous. "Do not approach him. Call 911 immediately," they said.