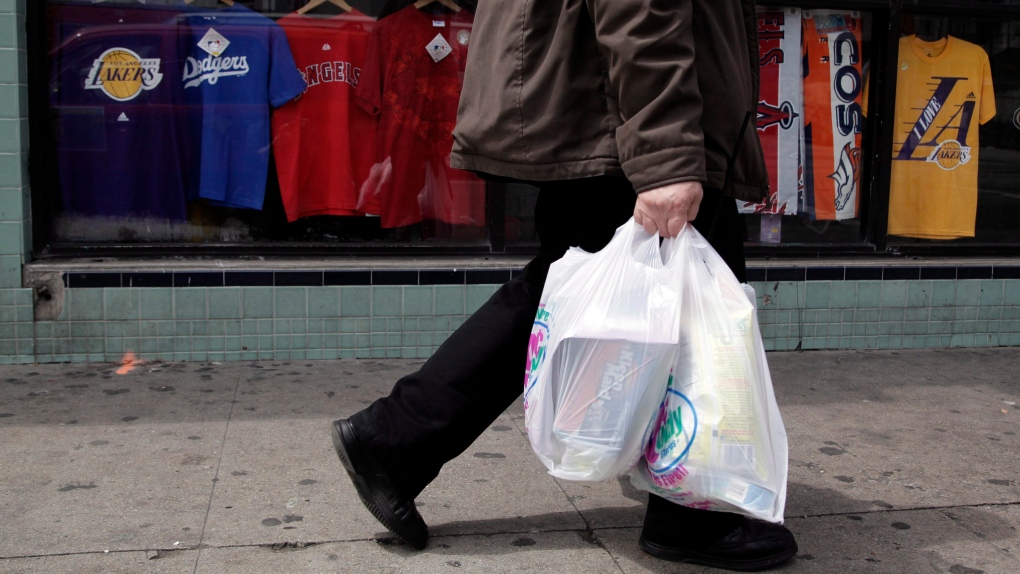 Toronto’s controversial plastic bag ban will stand after council failed to get enough votes Wednesday to reopen debate on the issue.

Although 27 councillors voted in favour of reconsidering the ban, compared to 18 who were against it, the motion failed because it required two thirds of the total vote.

“I’m disappointed,” Ward 34 Coun. Denzil Minnan-Wong told CP24. He said the ban was “done on the fly” and it exposes the city to legal action from retail groups.

The Ontario Convenience Stores Association has already announced plans to pursue legal action against the city if the ban is not reversed, arguing that it violates the Charter of Rights and Freedoms.

Kinastowski was meant to deliver a report analyzing the potential legal ramifications of implementing the ban but did not address council before Wednesday’s vote, according to The Canadian Press.

The plastic bag ban was introduced this summer by Coun. David Shiner as council debated whether to eliminate a five-cent plastic bag charge.

Instead of voting on the levy, council passed Shiner’s motion to eliminate plastic bags altogether with a 24-20 vote.

“It’s not the public that’s outraged about this,” Shiner told The Canadian Press. “There’s 3.5 million in the city. I got eight phone calls.”

“People understand that it’s the right thing to do now and for the future,” he said.

Mayor Rob Ford has vocally opposed the ban, saying on his radio talk show: “We don’t have a leg to stand on.”

According to Shiner, the proposed bylaw will be discussed in November’s council meeting at the Public Works Committee.

“Council made a decision. There’s a ban in place as of the first of January,” said Shiner. “The question isn’t the bylaw that gets implemented.”