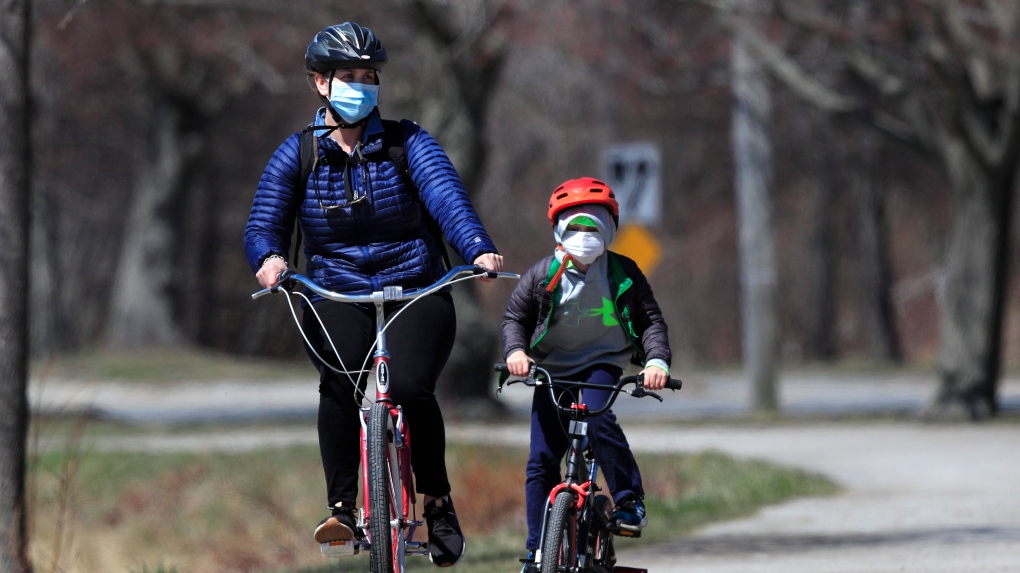 TORONTO -- The new bike lanes that the city installed along Brimley Road in Scarborough this summer as part of a plan to expand cycling infrastructure during the COVID-19 pandemic are being removed.

The separated lanes were installed along a four-kilometre stretch of Brimley Road between Lawrence Avenue and Kingston Road in July as part of a city initiative to install 25 kilometres of new bike lanes under the ActiveTO program and fast-track the installation of another 15 kilometres of bike lanes that had been previously approved.

At the time staff said that 70 per cent of the vehicles travelling along Brimley Road had been clocked in excess of 10 kilometres an hour above the speed limit and that by removing one lane of traffic in each direction and installing separated bike lanes the city would be able to provide a “a safe north-south connection” for cyclists in Scarborough that would connect the Gatineau Trail system to Bluffers Park.

Staff, however, now say that the bike lanes will be removed “as soon as possible,” just five months after they were installed at a cost of $160,000.

During a presentation to residents at a virtual town hall on Monday, staff said that the decision was based on “ongoing data collection, monitoring and analysis” as well as “feedback from constituents and other stakeholders.”

CP24 did speak with some residents on Thursday morning who said that the lanes have created issues along the busy thoroughfare with traffic often being brought to a standstill when buses have to stop in the roadway.

But the decision to tear up the lanes just five months after they installed is not being welcomed by everyone.

In a statement provided to CP24 on Thursday morning, the advocacy group CycleTO said that the move is another example of the city taking “two steps forward and one step back” when it comes to bicycle infrastructure.

“The acceleration of new bike lanes through ActiveTO this spring was a historic first step to building a more equitable network across the city and in the inner suburbs,” they said. “The loss of Brimley further chips away from the announced 25 km of ActiveTO bike lanes, leaving closer to 15 km on the ground."

The ActiveTO cycling network plan was approved 23-2 by city council in the spring and at the time the city heralded it as “the largest expansion of Toronto’s on-street bike network ever in one year.”