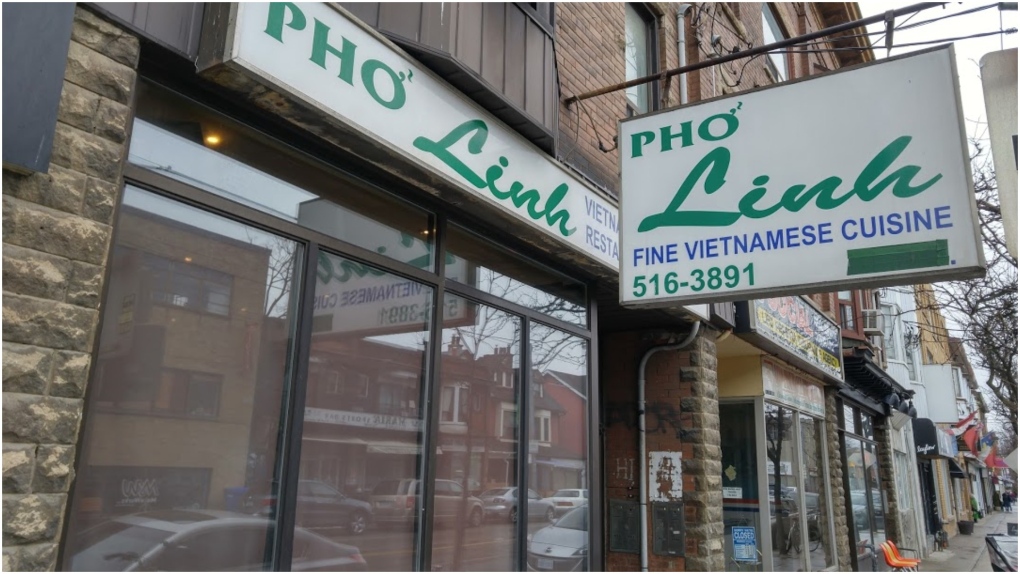 The soup spot on College Street, just west of Dufferin Street, has been serving up the Vietnamese dish for years, and garnered stellar reviews on Google and Yelp.

But according to a DineSafe report, the restaurant was flagged for nine infractions, including four crucial infractions and four significant infractions.

“One or more crucial infractions were observed under the Food Premises Regulation that present an immediate health hazard that cannot be corrected during an inspection,” the report reads.

According to city health inspectors, the restaurant's crucial infractions include failing to protect food from contamination, failure to protect storage racks against contamination and worst of all: “Food premise maintained in manner permitting health hazard (Insects)”.

The inspection also said the restaurant failed to keep equipment surfaces clean and the handwashing station was being used “other than for handwashing of employees”.

CTV News Toronto has contacted the city regarding a follow-up inspection, but did not receive a response in time for publication. CTV News Toronto also reached out to Pho Linh for comment, but have not yet heard back.