New technology has been installed at Toronto Pearson to try and help move people "better and faster" through the airport.

According to the Canada Border Services Agency, electronic gates, better known as eGates, have now been installed and are being tested at the airport as part of a trial.

"We are developing and testing new digital tools and technology to deliver a better and faster border experience for travellers arriving at Canadian airports," the CBSA said in a post to Instagram.

The eGates will be used to verify travellers' identity and submit their customs and immigration declaration.

When travellers arrive at the eGates, they will scan their travel document at the machine. The device will then take a photo of the traveller before printing out a confirmation receipt.

The traveller will then hand that receipt to a border officer.

The CBSA said it hopes the kiosks will help improve the flow of traffic through customs halls. 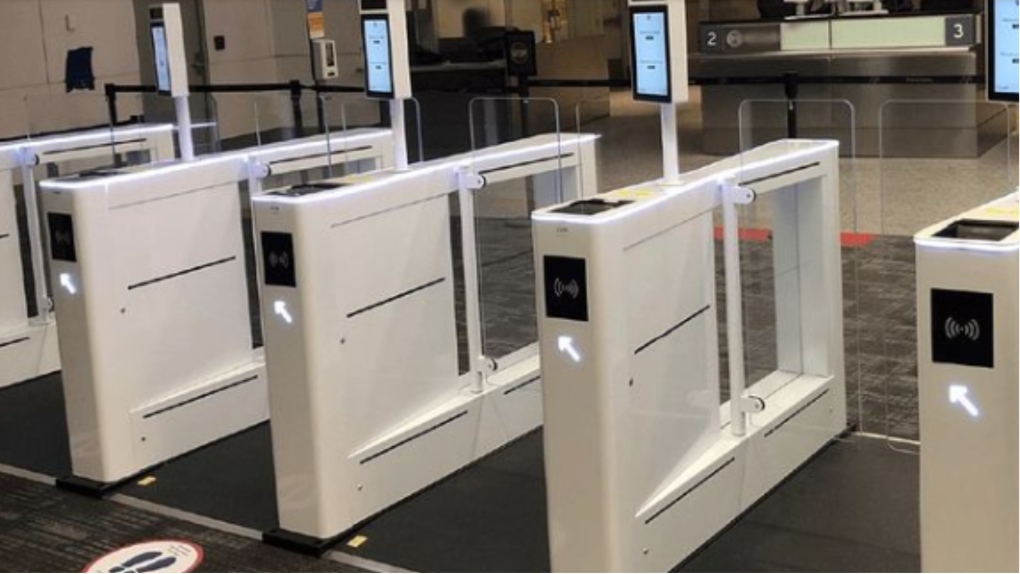 For the time being, the CBSA said the eGates will be available to international travellers aged 16 and over at Terminal 1.

Toronto Pearson has been plagued by massive lines caused by staffing shortages and an influx of people ready to travel following the pandemic.

Nearly half a million passengers were held up after arriving on international flights at Toronto Pearson in May.

Some 490,810 travellers, or about half of all arrivals from abroad, faced delays as they were held inside their planes on the tarmac or faced staggered off-loading to ease pressure on overflowing customs areas, according to figures provided by the Greater Toronto Airports Authority.

In total, some 2,700 flights arriving from outside the country were delayed at Pearson last month, versus four flights -- and a few hundred passengers -- in May 2019.

Travellers are being asked to arrive at Toronto Pearson two hours before domestic flights and three hours before international flights.

An Amber Alert was issued for two-year-old Holdan Keewatin Sunday afternoon, after the Regina Police Service asked for public assistance in the search for the child.

Weather could challenge containment of wildfire in B.C.'s south Okanagan

A B.C. wildfire that has forced hundreds from their homes didn't increase in size overnight, but the hot weather Sunday means "containment lines could be challenged," according to the wildfire service.