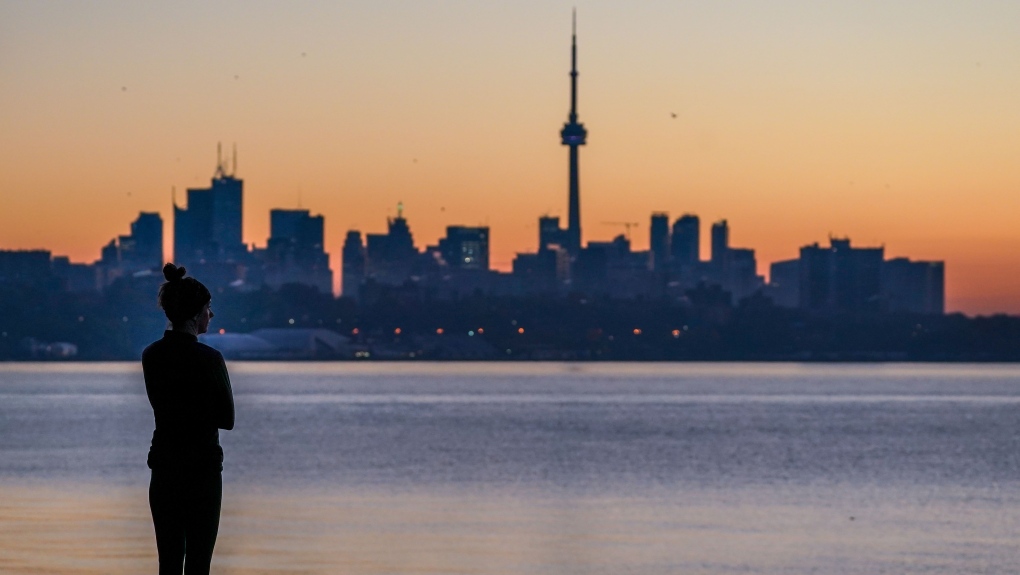 A woman looks out at the Toronto skyline from Sheldon Lookout during sunrise in Toronto on Friday, November 5, 2021. THE CANADIAN PRESS/Evan Buhler

TORONTO -- The City of Toronto says it's on course to exceed its greenhouse gas emissions reduction target.

The city says its greenhouse gas emissions in 2019 were 38 per cent lower when compared with 1990.

The city says residential, commercial and industrial buildings account for 57 per cent of its emissions, primarily due to the natural gas used to heat them.Transportation is the second largest source of emissions at 36 per cent, with gasoline for vehicles the main driver of greenhouse gases.

The city says it must rapidly decrease its emissions if it hopes to achieve its goal in 2030.