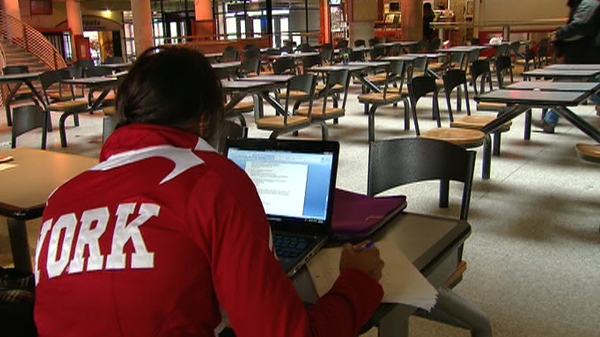 A Toronto police officer who told a gathering of university students that women could avoid sexual assault by not dressing like "sluts" has issued an apology.

Mark Pugash, director of communications for the Toronto Police Service, said the officer would send a written letter of apology to faculty and students at York University for inappropriate comments made at the university's Osgoode Hall Law School.

The officer in question sent a written apology to the school later on Thursday.

Pugash said the officer had also been disciplined internally.

The comments were reportedly made during a campus safety meeting on Jan. 24.

Toronto Police Const. Wendy Drummond had said the statement was looked into by the professional standards unit.

"The comments are not something that is condoned by the (Toronto Police) service and we treat the allegations very seriously," she said.

York University's campus newspaper the Excalibur first reported the comments on Wednesday, quoting a school official who attended the meeting.

Ronda Bessner, an assistant dean of Osgoode's Juris Doctor Program, told the Excalibur she was shocked to hear a police officer offer the advice.

"One of the safety tips was for women not to dress like ‘sluts.' He said something like, ‘I've been told I shouldn't say this,' and then he uttered the words," Bessner told the Excalibur. She said she has contacted police and asked for an apology.

York officials said they were shocked by comments purportedly made by the officer and said they did not represent the university.

"York has a good and very collaborative relationship with Toronto Police Service. However, we were surprised and shocked by the comment that was made by the constable, and we at York certainly do not agree with it," York University spokeswoman Janice Wells said in an email to ctvtoronto.ca.

Pugash said the comments were "diametrically opposed" to how officers are trained to deal with cases of sexual assault.