TORONTO -- What started as a paved parking lot has become a paradise of sorts for one group of Toronto neighbours.

“When COVID-19 hit, our building of four units were struggling with stuff to do for our kids,” Jesse Goldfarb, a plant influencer, told CTV News Toronto. “unlike many of the residences in our area we don’t have a backyard. So we converted this four spot parking into a backyard essentially.”

Over the last several weeks, Goldfarb and his neighbours have been bringing the shared space to life – complete with water features, sitting areas and high quality astro turf. 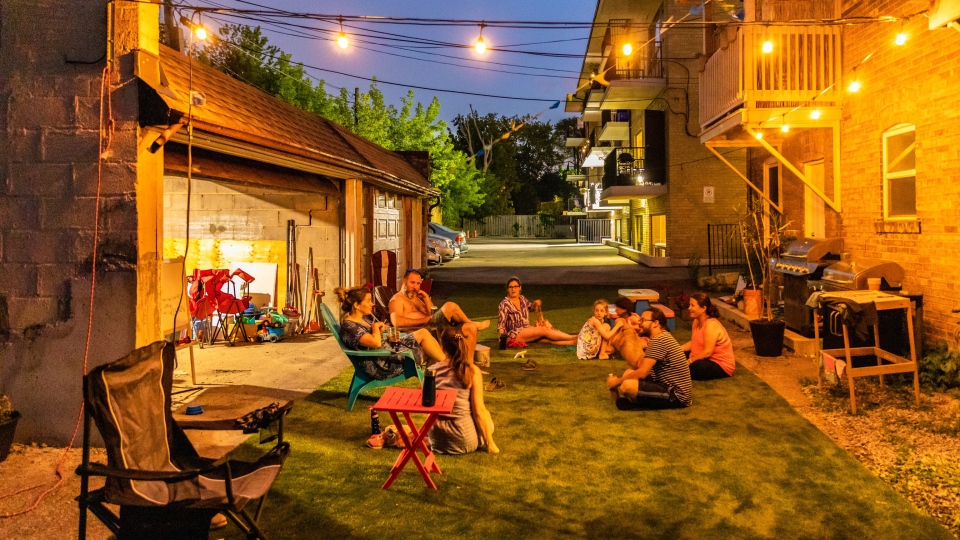 “We’ve run a yoga class. We’ve done movie night a couple times,” he said. “We’ve got all these finds that we found on Kijiji and then gave them a real thorough cleaning. It sort of snowballed into something great for our kids, great for the adults as well, and it’s been pretty fun.”

Camille Mauger, who is one of the neighbours involved in the backyard project, says the new laneway has been a perfect spot for her two-year-old son to play.

“It’s been a game changer. Really life-transforming,” Mauger told CTV News Toronto. “With COVID, obviously you get a little more creative when it comes to your space and to entertain options for your children, and now it’s just transformed into this beautiful backyard oasis that we all enjoy every single day.” 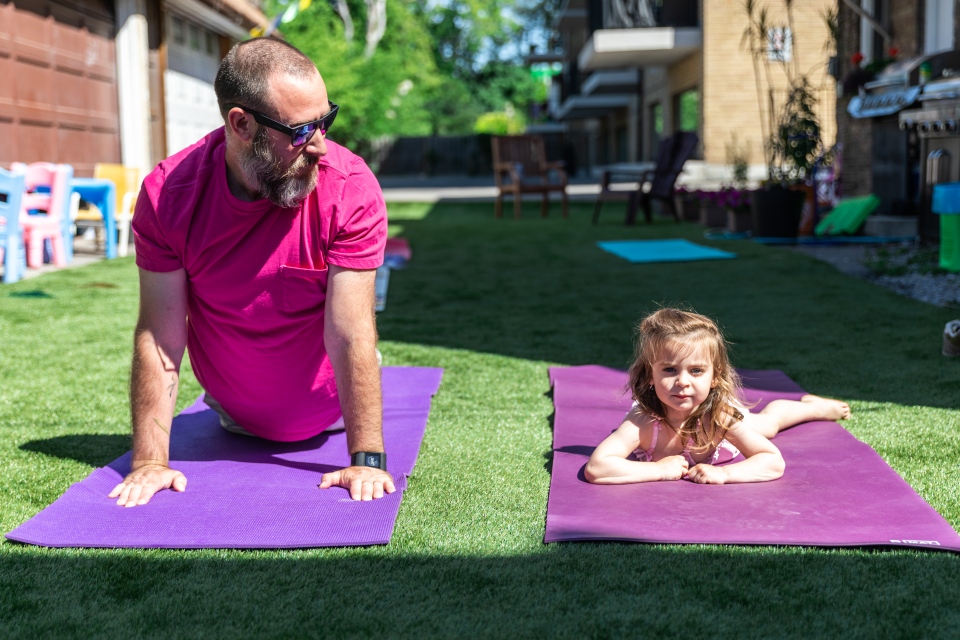 Goldfarb and Mauger said they both admit that before the pandemic they did not know their neighbours like they do now.

“Now, we know everything about them,” Goldfarb said. “It’s really brought us quite close together while distanced.”

“It’s wonderful to see a community come together for the common goal of bettering your space and making a sense of normalcy in a very unusual circumstance,” adds Mauger.

The neighbours says the passion project has put a positive spin on the pandemic for them. 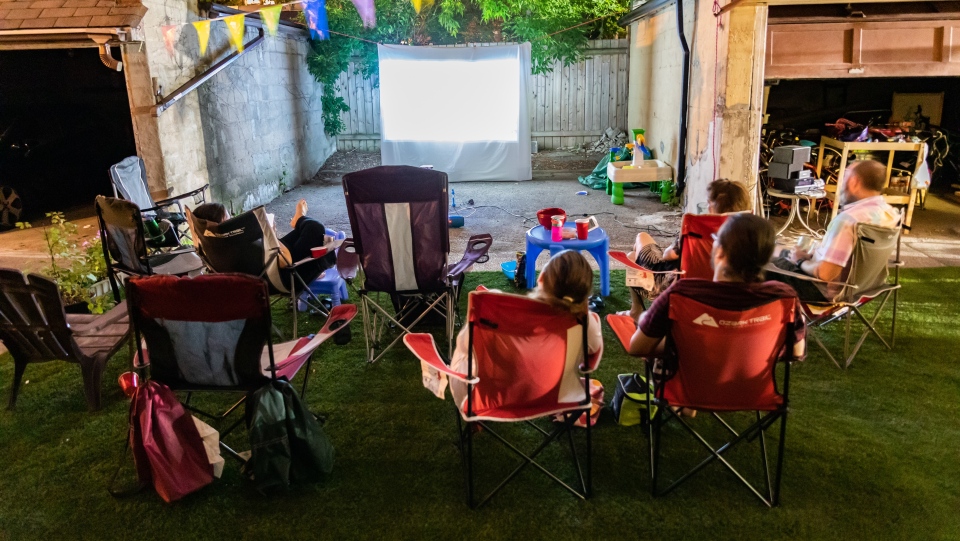 “It’s been a blessing,” Goldfarb said. “I’m excited to see what other things come out of COVID and like the success stories. We hear about the negativity and sadly the fatalities, but there’s going to be some great stories and I’m glad to be one of them.”

As for how long the parking lot will remain a backyard paradise, Goldfarb says the neighbours have committed to November or the first snowfall, adding that it’s “worth it” to find somewhere else to park.

“The grass itself weighs about 400 pounds, so we’re not rolling this up every night to park on it,” he laughed.