TORONTO -- Toronto Mayor John Tory is asking that people not throw their disposable gloves, masks and wipes onto streets amid the health crisis.

The city is becoming littered especially with the wasted rubber gloves, he said, which citizens have been wearing while shopping, to protect them from possible infection of COVID 19.

Streets and parking lots around grocery stores have seen an influx of gloves that appear to have been thrown carelessly on the ground by shoppers after leaving supermarkets. 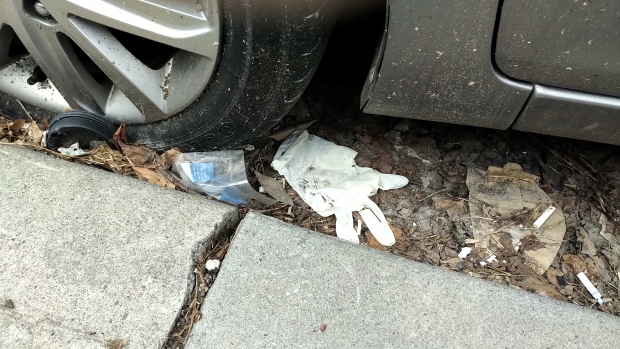 Tory told CTV News Toronto that no one should resort to throwing any litter on the ground, but added that “this is more serious because these are things that you've had on your hands, masks you've had on.”

He said even people coming out hospitals have thrown masks on the ground, and those germs could last for a period of time.

Researchers have yet to determine how long the COVID 19 virus can remain on a surface, but have warned citizens to wash their hands thoroughly after contacting potentially hazardous areas. 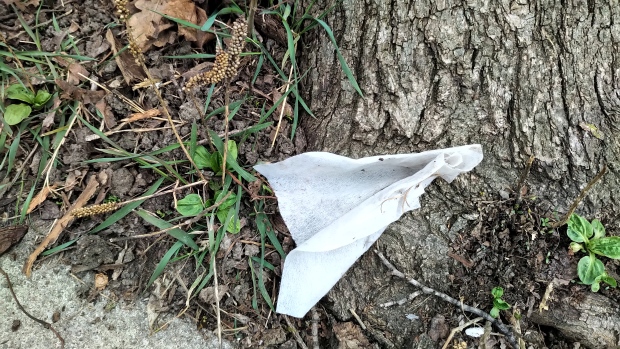 Shoppers near the FreshCo at Queen Street West and Gladstone Avenue were horrified when shown the discarded gloves, wipes and masks on the streets.

Sarah Dinn, who was strolling through the area with her three-year-old daughter on Tuesday, told CTV News Toronto she thought people were being thoughtless during this pandemic. 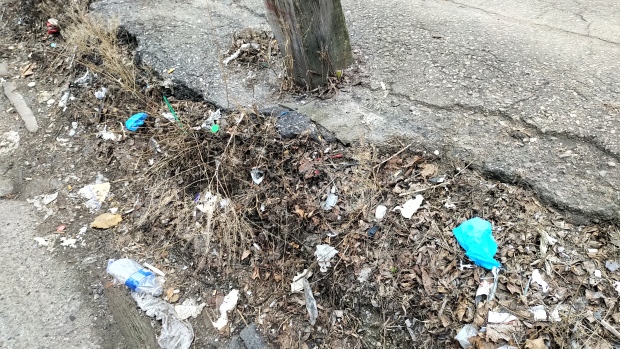 "I think it is despicable, deplorable, I don't understand. If I'm able to clean up after my dog [then] why can't someone put their glove in garbage,” she said.

“It's a health risk. The logic of trying to protect yourselves with a glove and discard it is problematic.”

A FreshCo employee was dispatched every few hours Tuesday to clean the grocery chain's property.