Toronto mayor says masks on TTC could be made mandatory 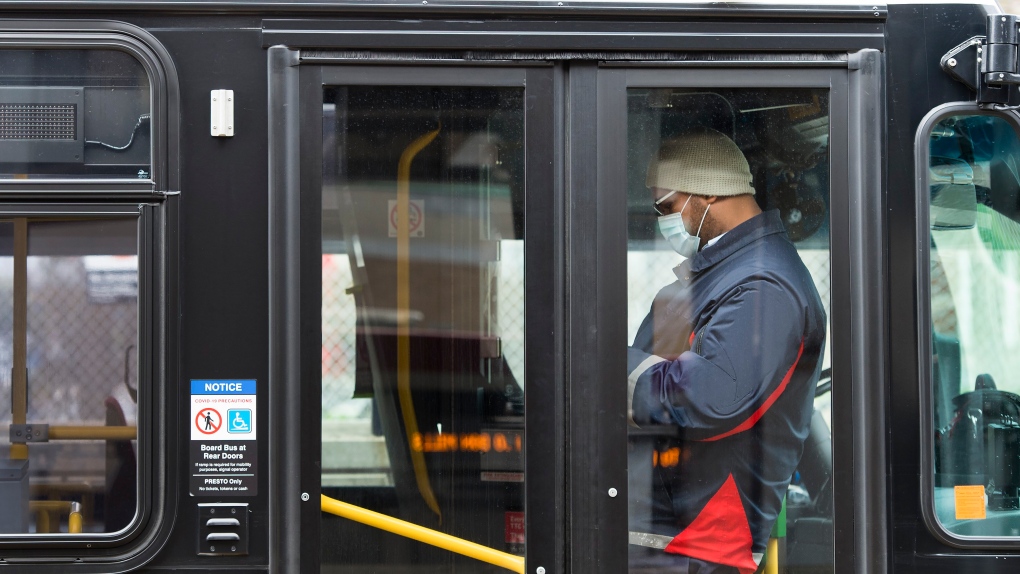 TORONTO -- Mayor John Tory says that residents will need to wear faces masks to ensure that the TTC remains safe as passenger volumes increase and that it “may well be something” that will be made mandatory.

Last month, the Ford government began formally recommending that residents wear face masks when using public transit but there is currently no emergency order forcing them to do so.

In the absence of such an order the TTC has taken several steps to ensure physical distancing on its vehicles, including adding buses to busy routes and blocking off select seats.

Tory, however, told CP24 on Friday that it will be increasingly hard to maintain physical distancing as riders return to the system.

“To be candid once we get to 35 per cent capacity on the subway - we are down in the 20s now – you start to run out of the ability to have people physically distanced,” he said. “Even if we put X’s in the subway to keep people six feet apart there is going to be more people than there are X’s so that is why we are going to have to have a plan to stagger peoples’ return to work and to stagger work hours but more so than anything else we need to say to people that they should wear a face covering. That has already been recommended, it will continue to be recommended and it may well be something that will be subject of an emergency order.”

The City of Brampton announced earlier this week that all riders on Brampton transit will be required to wear face masks as of July 2.

A similar policy has also been announced in Ottawa, where OC Transpo riders will have to wear masks as of June 15.

Speaking with CP24, Tory conceded that any mandatory mask policy would be “difficult to enforce” but he said it could still be a useful tool.

“As much as we feel as public transit is safe you have an obligation to protect the people you are on the transit with from your water droplets by wearing a face covering,” he said.