TORONTO -- Mayor John Tory says he plans to speak to the operators of Mount Pleasant Cemetery to ask them to reopen their gates on Mother’s Day this weekend.

The Midtown cemetery, which spans from Bayview Avenue to Yonge Street, shut out the public at the beginning of April after they say people failed to adhere to physical distancing rules.

In a statement posted on social media last month, Mount Pleasant Group called the decision to lock the gates at a number of cemeteries around the city “regrettable.”

"This decision was not made lightly but it has become necessary,” the statement read.

Speaking to CP24 on Tuesday, Tory said he will speak to operators to see if they will reopen to allow people to visit their mothers this weekend.

The mayor added that he visited the cemetery before it was closed to the public and noted that many people appeared to be staying away from one another.

“Maybe they (the operators) overreacted a little bit but I think it may be time just to reconsider,” Tory said.

“I will speak to them this week to see (if they will reopen),” Tory said. “Especially on that one day, there are a lot people who would like to visit their mothers.”

Discussions underway on fate of CNE

During his interview with CP24 this morning, the mayor also addressed the status of the Canadian National Exhibition this year.

The annual fair, which is held at Exhibition Place for three weeks at the end of August, is one of the events that is currently in limbo due to the pandemic.

Tory says while a decision has not yet been made about whether the fair will go ahead, he said he “wouldn’t bet on it.” 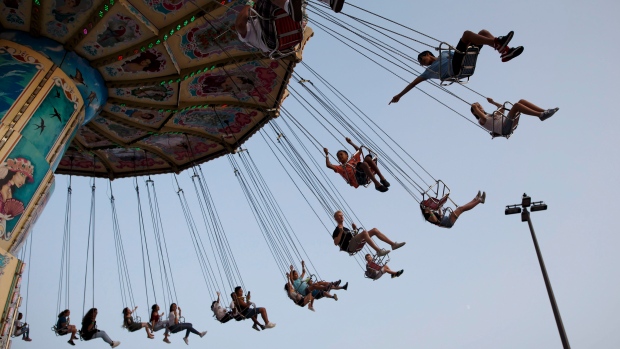 “What we said we want to do is to have an agreement. There are three parties involved here,” Tory said.

He added that topic is the subject of “very active discussions.”

“We've been in discussions as to the consequences of cancelling the fair because it isn't just cancelling it and saying it won't happen. It sort of finances itself on the basis of last year's success,” the mayor said.

“I think the notion that we are going to go back to big crowd scenes like that... seems unlikely. But I guess we haven't made that judgement yet.”