Toronto mayor says city will prepare to welcome up to 1,000 Syrian refugees 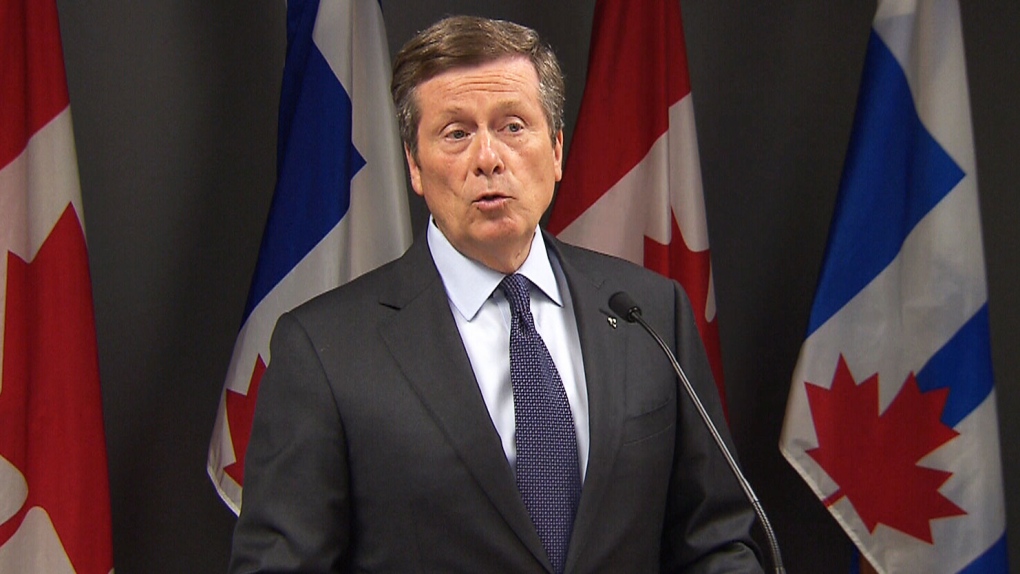 Toronto mayor John Tory says the city will prepare to host up to 1,000 Syrian refugees in the next two years.

Tory announced he would support the goal set out by Lifeline Syria, an organization that facilitates the sponsorship of Syrian refugees, after meeting with the group and leaders from religious organizations across the city.

He says the city will look at creating a housing registry so that refugees who find themselves in Toronto without somewhere to live can find a place to stay.

The possibility of an insurance fund for privately sponsored refugees whose sponsors can no longer afford the commitment was also discussed.

Tory says the city's role is to prepare for when refugees come, not to lobby the federal government to speed up the process. But he added that "there's always a way we can be better and faster."

International attention on the Syrian refugee crisis has heightened after a widely published photo showed a three-year-old boy who drowned while fleeing the war-torn country with his family.