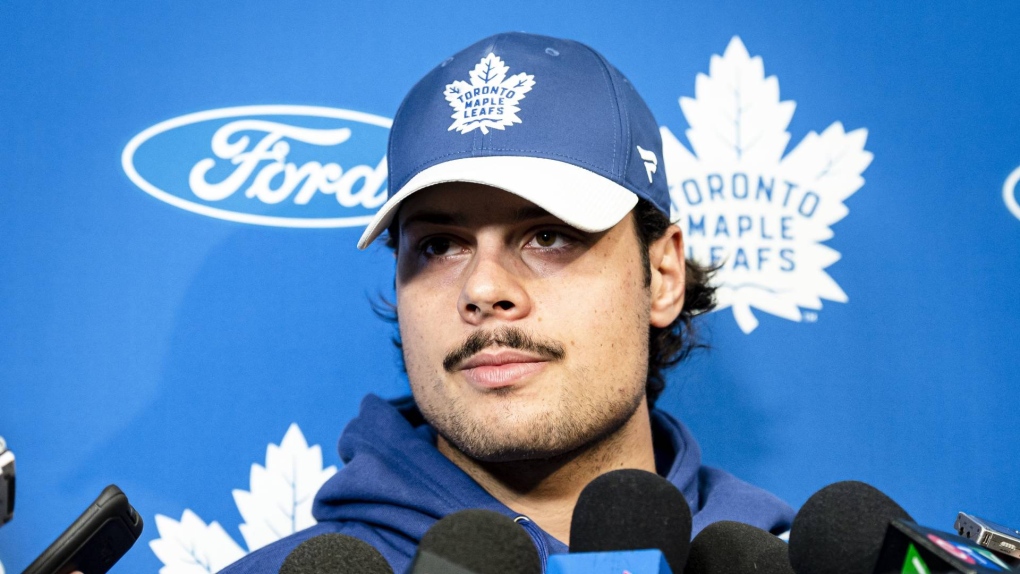 TORONTO -- The Toronto Maple Leafs say they will not comment on reports that one of their star players has tested positive for COVID-19.

The Toronto Sun and The Toronto Star report that centre Auston Matthews has tested positive for the novel coronavirus.

The Leafs say a player's medical information in this regard is private.

The team says it is deferring to the NHL's policy on handling test results, with the league providing updates on testing totals and positive tests without disclosing the identities of affected clubs or players.

Judd Moldaver, Matthews's agent, did not respond to requests for comment from The Canadian Press.

According to the Sun, the 22-year-old Matthews has self-quarantined in his Arizona home and hopes to be ready to play if the NHL season resumes as planned next month.

Toronto goaltender Frederik Andersen stayed with Matthews in Arizona for the first stages of the COVID-19 pandemic but, according to the Toronto Sun, he tested negative for the novel coronavirus and is no longer in Arizona.

The NHL season is on pause due to the global pandemic.

Arizona has seen a recent spike in COVID-19 cases.

The NHL hopes to open training camps next month, and finish off the 2019-20 season later this summer.

The league said Friday that it has tested more than 200 players at club facilities during voluntary training since June 8, with 11 testing positive.

Matthews had 47 goals and 33 assists in 70 games before the suspension of the season on March 12.

This report by The Canadian Press was first published June 20, 2020.