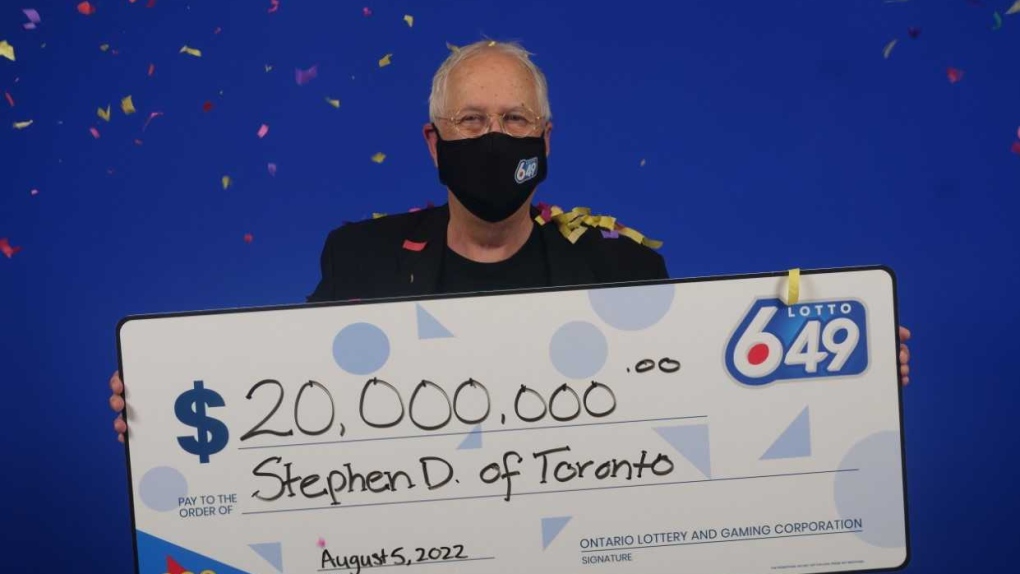 A Toronto man has won $20 million in the Lotto 649 jackpot using the same numbers he played for more than three decades.

"I started playing these numbers with Wintario and migrated them over to Lotto 6/49. The numbers I play are significant family dates," he said in an Ontario Lottery and Gaming Corporation (OLG) release issued Thursday.

When Dixon told his wife he’d won the top prize, she originally thought it was worth $20,000. When he informed her it was for $20-million, he said she didn’t believe him.

“She was convinced I was playing a prank on her,” he said.

Dixon says he found out he'd won after his son reminding him to check his ticket, which was purchased at Sunstar Convenience on Ellesmere Road in Scarborough.

"I was at the store running errands, when I stopped to check my ticket,” he said.

“When I saw the ‘Big Winner’ screen, I assumed the $20 million that appeared was an advertisement for the next draw. Then the store clerk checked the ticket for me and said, 'Oh my God, you’ve won the big one!' and she started dancing and cheering!"

Dixon said customers of the store soon came to congratulate him.

“It was nerve-wracking – I was in a daze. I got into my car and realized how shocked I was. Too shocked to celebrate like they do in commercials.”

Police in Halifax say they made an unspecified number of arrests during a massive street party involving thousands of people near Dalhousie University.

How a deadly crush at an Indonesia soccer match unfolded

A soccer match at a stadium in Indonesia has ended in disaster, with at least 125 people killed and more than 320 injured after police sought to quell violence on the pitch, authorities said on Sunday. This is how events unfolded.

Marking one month as a judge on the Supreme Court of Canada, Michelle O'Bonsawin, speaks with Evan Solomon about why she wants people to see her as a judge first and the first Indigenous justice to sit on Canada's highest bench, second.

Hurricane Orlene grew to Category 3 strength on Sunday as it headed toward Mexico's northwest Pacific coast between the tourist towns of Mazatlan and San Blas.