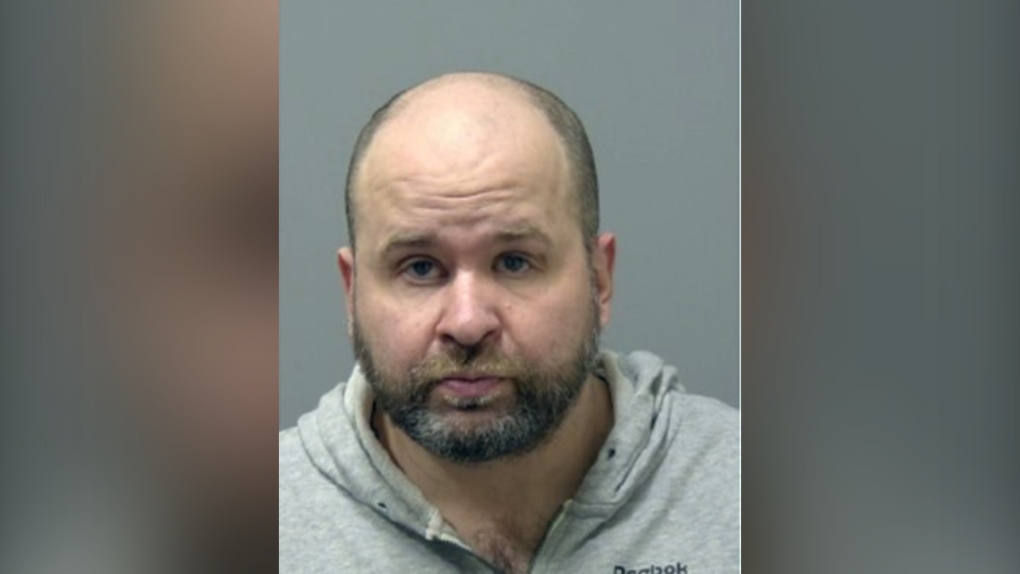 Stefanos liakopoulos, 43, is seen in this photo released by Toronto police. He is wanted for criminal harassment.

Toronto police have released images of a man who they allege keeps contacting a woman despite being ordered by the court not to communicate with her.

Police said a criminal investigation was launched into the conduct of a 43-year-old man in August 2020. Since then, five separate warrants have been issued for his arrest.

On Wednesday afternoon, police responded to a check address call in the area of Victoria Park Avenue and Ellesmere Road.

Police learned that the man allegedly continued to contact the woman without her consent, making death threats.

Furthermore, the man also allegedly went into the woman’s home without permission.

“He is considered violent and dangerous. If located, do not approach. Call 9-1-1 immediately,” police said.

Mounties on Vancouver Island have publicly identified the two gunmen killed during a shootout with police at a bank in Saanich on Tuesday as 22-year-old twin brothers Mathew and Isaac Auchterlonie.