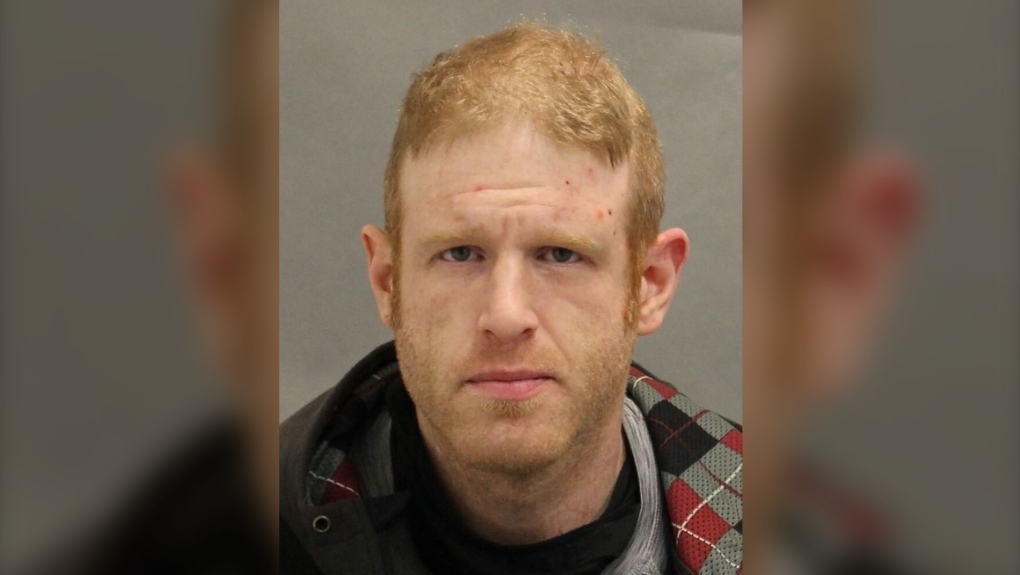 TORONTO -- The Toronto Police Service (TPS) is looking for a man who allegedly broke a no-contact order Tuesday with a woman he was convicted of assaulting in August 2019.

Toronto resident Alexander Herten-Greaven, 40, is wanted for four counts of failing to comply with probation, according to police.

On Aug. 12, 2019, officers responded to a call reporting an assault in the area of George Street and Dundas Street East in Toronto.

Herten-Greaven, 38 at the time, was charged and convicted with one count of assault, and ordered to have no contact with the woman.

On Oct. 19, officers responded to a call for a disturbance in the Edgewood Avenue and Dundas Street East area of Toronto.

It is alleged that a woman was in a building when Herten-Greaven approached her, contrary to his probation conditions.

Herten-Greavan is described by police as six-foot-two and 225 pounds, with short red hair and blue eyes.

Police say Herten-Greaven is known to be violent and dangerous, and are asking the public to contact them at 416-808-5500 if they have any relevant information.