Toronto man charged in connection with 2019 shooting in Mississauga 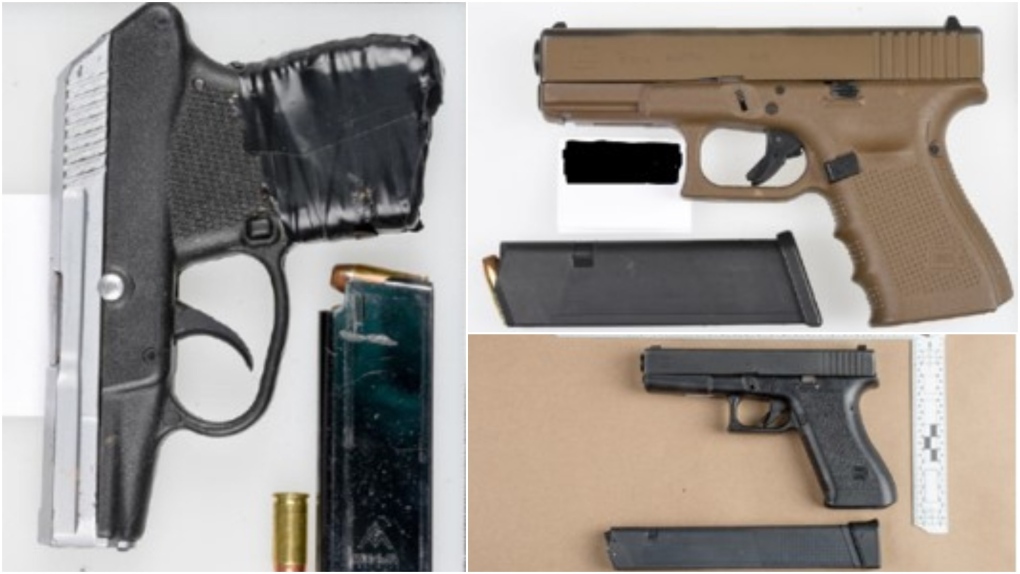 Peel police have charged a man in connection with a 2019 shooting in which a number of firearms were seized. (Peel Regional Police)

TORONTO -- A Toronto man is facing a number of charges in connection with a 2019 shooting in Mississauga that sent one person to hospital.

Officers responded to a call for shots fired in the area of Duke of York Boulevard and Webb Drive on April 15. The shooting was a result of an exchange between two rival groups, according to police.

Once officers arrived on scene and located evidence of gunfire, police said that three males attempted to flee. One male was arrested at the scene with a firearm, police said. A male who was suffering from a gunshot wound transported himself to a Toronto hospital and has since recovered, police said.

A second firearm was recovered at the scene and in June of 2019, a second male was arrested in connection with the incident, according to police.

Investigators said that the third suspect discarded three guns near the scene at the time of the incident and successfully evaded police.

On Thursday, investigators with Peel Police’s 12 Criminal Investigations Bureau arrested who they believe to be the third suspect.

Investigators said Ismail was held for a bail hearing and appeared at the Ontario Court of Justice in Brampton on Friday.

Police are asking anyone with information relating to this incident to contact 12 Division Criminal Investigation Bureau at 905-453-2121. Tips can also be left anonymously through crime stoppers at 1-800-222-8477 or online.